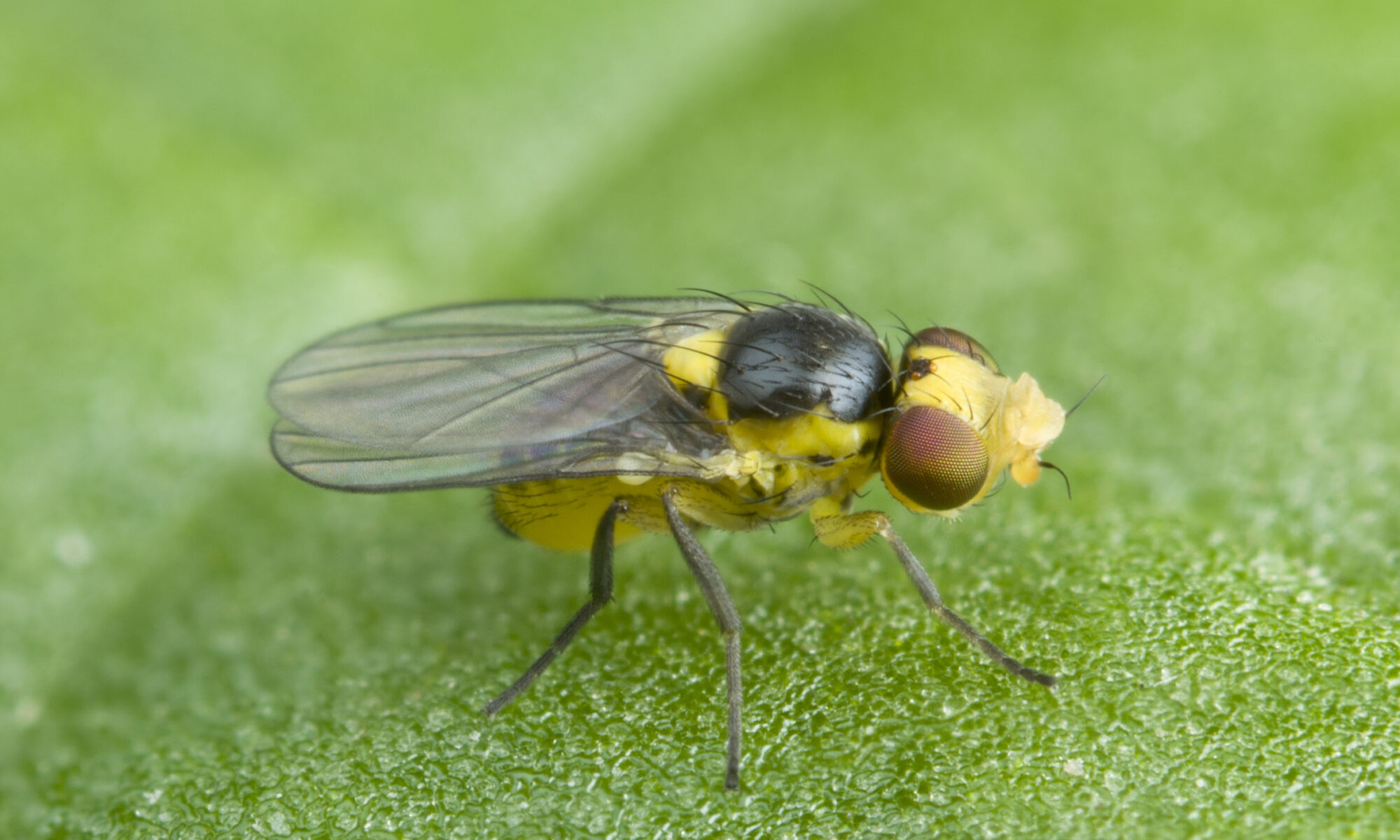 Serpentine leafminer is an invasive leafminer fly that has spread through many regions of the world and was detected in Australia late last year for the first time.

Serpentine leafminer (Liriomyza huidobrensis) was first detected in Australia in the Sydney basin in October 2020 on field-grown vegetable crops. Since then, the Sydney Basin accounts for the majority of cases, but the leafminer has also been found on the Central Coast, Central Tablelands, Hunter Valley, Illawarra and South Coast of NSW. The majority of detections were in vegetables but the leafminer was also detected in snapdragons and petunias. It was also detected in weed species such as sowthistle, fleabane and blackberry nightshade. Serpentine leafminer has also been detected in commercial vegetable crops (celery and green beans) in the Fassifern Valley in south-east Queensland.

But what is a leafminer? Leafminers are the larvae of various insects including moths, flies and sawflies. Larvae typically burrow inside leaves, leaving characteristic meandering trails on the surface of leaves. Adult leafminer insects are often small and inconspicuous, but the damage caused by their larvae is much more apparent. The larva which causes the damage is often visible within the leaf mine it has chewed.

Serpentine leafminer is a member of the fly family – Agromyzidae. The small flies (~2mm long) of that family are thought to be among the most common and damaging leafminer insects. The worst agromyzid leafminer pests are the polyphagous species that attack many host plants. Serpentine leafminer is a polyphagous species and is known to attack more than 250 plant species from about 50 plant families. Serpentine leafminer may damage many vegetable crops including brassicas, potatoes, peas, beans, celery, spinach, and onions. It is also known to attack a number of ornamental plants from several families e.g. Asteraceae, Primulaceae, and Violaceae, and may also breed in a number of common weed species.

The lifecycle of the serpentine leafminer begins with a female inserting an egg just under the surface of the leaf of a host plant. The egg hatches between 2 to 5 days later into a larva, which feeds within the leaf, creating tunnels or ‘mines’ that get larger as the larva moults and grows. After passing through three larval stages in about a week, the larva leaves the plant and pupates in the soil underneath the host plant. After a week or two an adult fly emerges from the pupa and looks for a mate to start the life cycle again.

When the Hort Innovation project began, the vegetable leafminer (Liriomyza sativae) had become established, but contained, on the tip of Cape York. Serpentine leafminer (Liriomyza huidobrensis) had been on our geographical doorstep, Indonesia, since the early 1990s where it was damaging potato crops. In fact, the only two continents where serpentine leafminer hadn’t invaded at that time were Antarctica and Australia. It was only a matter of time before it arrived here.

Serpentine leafminer is native to Central and South America and was not found on other continents until the 1980s. It was first detected in Europe in 1987 in the Netherlands and it is presumed to have been ‘imported directly from South America’. Spread of serpentine leafminer is more likely to occur with the transport of plant host material and soil containing eggs, larvae or pupae, than it is to be spread by wind (or on the wing).

Australian researchers have learnt from overseas experiences and are keen not to make the same mistakes here. The overuse of broad-spectrum insecticides is one of those mistakes, because overuse of insecticides gives rise to resistant insect pest populations. The European example is particularly chilling, where heavy insecticide use imposed selection pressure on L. huidobrensis, so by the time the leafminer was carried to Europe and beyond, adults were resistant to many conventional insecticides”.

Overuse of broad-spectrum chemicals also kills off beneficial insects such as parasites and predators. We are fortunate here in Australia because there are about 50 species of wasp parasitoids, both native and introduced, which will help control serpentine leafminer. We wouldn’t want to kill them off by using the wrong chemicals. An Integrated Pest Management (IPM) approach is the way to go. That could include removal of weed hosts that serpentine leafminer may be breeding in, as well as encouraging beneficial parasitoids by not using broad-spectrum insecticides.

The experience overseas tells us that when serpentine leafminer arrives initially, there will be a serious pest outbreak until the beneficials catch up. This appears to be the case so far in Australia, particularly in celery crops in Queensland. In warm weather, and with no parasitoids to keep it in check, serpentine leafminer can complete its life cycle within 2 to 3 weeks, so infestations may build up quickly.

Special permits have been granted for the use of several chemicals to avoid inducing pesticide resistance and/or killing off beneficial insects. The chemicals under permit (PER88977) include abamectin, azadirachtin, cyromazine, emamectin, indoxacarb, and spinetoram. These were deemed to be non-toxic, slightly toxic, or moderately toxic to the wasp parasitoids of serpentine leafminer.

Adult leafminer flies feed on the sap from leaves causing further damage. The female flies puncture the leaf with their ovipositors, and female and male flies feed on the exuding sap. Females also lay their eggs in the leaf. The damage caused by egg laying and/or sap feeding can look very similar to the damage caused by leafhoppers feeding on leaves. Unless you actually see the leafminer flies causing the damage, you may need to find leaf mines to confirm the presence of serpentine leafminers. Unfortunately, the sinuous trails left by serpentine leafminer larvae look very similar to those caused by other leafminers.

Agromyzid flies are attracted to the colour yellow and can therefore be captured on yellow sticky traps. Sticky traps along with samples of leaves with leaf mines can be sent for identification. There is comprehensive information on how and where to send the samples on the NSW DPI Serpentine Leafminer website, and the Business Queensland Serpentine Leafminer website.

Serpentine leafminer is a notifiable pest in NSW, so growers there are also encouraged to report any leafminers found on the Exotic Plant Pest Hotline on 1800 084 881. It is especially important if serpentine leafminer is found in regions of NSW outside the areas previously listed. Growers in Queensland outside the Fassifern Valley in south-east Queensland should report any leafminer damage to the Department of Agriculture and Fisheries.

A new Hort Innovation project, funded by Hort Innovation using the vegetable, potato, onion and nursery research and development levies and contributions from the Australian Government, is about to start. Queensland Department of Agriculture and Fisheries will lead the project (MT20005 –Management strategy for serpentine leafminer, Liriomyza huidobrensis) supported by NSW DPI, AUSVEG, Cesar Australia, and the University of Melbourne. The project will build on the work completed by MT16004, by refining surveillance and diagnostic protocols, and predictive forecasting for serpentine leafminer risk assessment and management. It will also identify and monitor parasitoids and deliver an industry communication program. The incursion of serpentine leafminer (Liriomyza huidobrensis) is not a bad news story – as far as pest incursions go it’s a good news story. We know lots about it, there are plenty of scientists working collaboratively on it, and there are many species of parasitoids already here that will help control it.