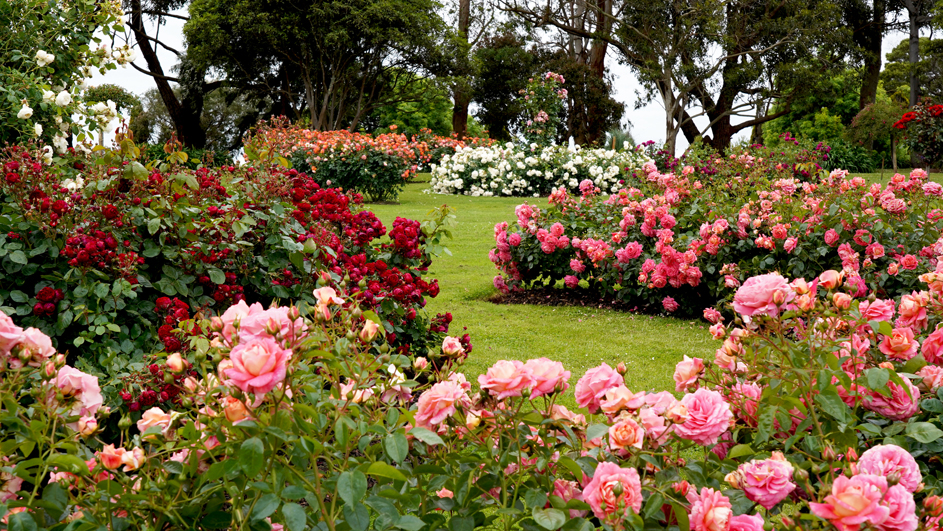 There is nothing quite like the beauty and the fragrance of roses. There are hundreds of species and thousands of varieties to choose from, so how do customers decide which rose to buy – perfume, colour, performance or by the name?

Roses are an ancient plant grown by many civilisations for 5000 years. The oldest living rose according to Wikipedia grows in Hildesheim, Germany, on the side of a rebuilt medieval church. This rose is supposedly 1000 years old.

Many generations of plant breeders from just about every temperate country in the world have been busy helping nature and developing new roses. Australia is known for its rose culture and has a long history of growing and breeding roses.

There are new varieties of roses coming onto the market continuously and the suitability of new hybrids is largely a matter of where you live and personal choice.

According to Tracy Douglas and Greg Boland from Altra Nursery, a retail nursery in Peakhurst, NSW, standard roses are still very popular, particularly the ‘White Iceberg’ due to its prolific flowering and ease of care, along with the classic red rose ‘Mr Lincoln’ and the yellow flowering ‘Friesia’.

Leigh Siebler from Garden Centres Australia spoke with some of his rose experts as to the most popular varieties. Along with the above-mentioned roses, they added ‘Just Joey’ with its large, decorative coppery orange to buff blooms. They are strong and tough, with sweetly scented flowers.

Glynis Hayne, Chairman of AusRose Promotions initiated the naming of the ‘Governor Marie Bashir’ rose bred by Australian Rose breeder Paul Hain, to honour a lady who gave so much to public life. Governor Bashir was made a Dame of the Order of Australia in 2014.

Many roses are named for special events or to support charities. A Hybrid Tea rose called ‘Sweet Child of Mine’ immediately made me think of Axl Rose, lead singer of Guns and Roses but in actual fact a portion of the proceeds of each sale of this rose is donated to JDRF supporting Type 1 diabetes research.

‘No Surrender’ was named to honour the 80th anniversary of The Siege of Tobruk. $2 from the sale of each rose will be donated to the Descendants of The Rats of Tobruk Australia Association Inc.

“The parfuma roses are among some of our top selling varieties, and for good reason. They have beautiful fragrance, attractive blooms and they are certainly healthy”, said Gary Matuschka from Treloar Roses. ‘Adorable’, won Most Fragrant Rose at the 2019 National Rose Trial Garden Awards, along with a Silver Medal and the People’s Choice Award.

‘Golden Beauty’ also received the People’s Choice Award the previous year in 2018, and a Gold Medal for its performance at the National Rose Trial Garden. “The colour show we have seen here at the farm from these new varieties, especially ‘Golden Beauty’, has been spectacular. ‘Golden Beauty’ is one of my new favourites”. said Gary.

There are also ‘It’s Magic’ for those who love the unique stripes, ‘Beautiful Girl’, a stunning two-tone grandiflora which cuts beautifully for the vase and a great new colour addition to the climbers with ‘Quick Silver’.

The World Rose Convention was meant to be held in Australia in October 2021 but due to COVID19 it has been moved to October 2022 and will be hosted by the National Rose Society of Australia at the Adelaide Convention Centre. For more information www.rose.org.au