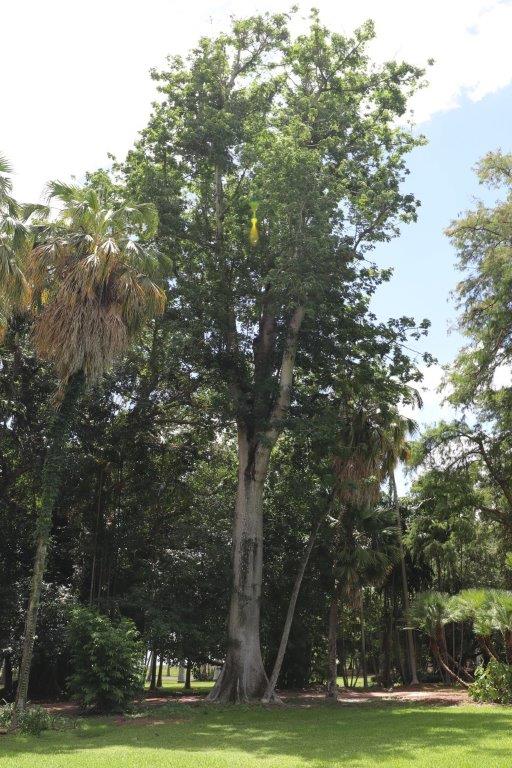 When discussing the history of Rockhampton Botanic Gardens, one can’t overlook the contributing factors that lead to the Gardens’ formation and this is where our journey begins.

In 1835, British colonisation of the Rockhampton region commenced to support local graziers and by 1861 the Rockhampton Municipal Council had formed. At the time, Rockhampton had limited access to fresh, clean drinking water and the newly formed Queensland Colonial Government requested a feasibility study to establish a reticulated water supply for Rockhampton. On December 13th, 1869, gazetted reports concluded that that fresh water from Yeppen-Yeppen Lagoon would be ideal and that the surrounding land be set aside as a public garden.

Soon after, the Botanic Gardens Trust Committee formed, and in 1873 the first Curator James Scott Edgar was appointed. Edgar had two primary objectives from the Botanic Gardens Trust Committee: Firstly to develop the gardens as a facility for experimentation in economic botany, and secondly to accommodate the passive recreational needs for the people of Rockhampton by providing a shady pleasure garden retreat.

Edgar wasted no time and took advantage of the popular swimming and bathing location for the township at Murray Lagoon, which was located on the western boundary of the Gardens. Edgar planted out avenues of bamboo and other plantings such as hibiscus and oleanders. Unfortunately, the oleanders and hibiscus do not remain but the collection of bamboo, which has been expanded to form an impressive avenue, persists today. Other plantings that Edgar planted for his shady pleasure gardens include the Tamarind line (Tamarindus indica) and the Banyan Fig stand (Ficus benghalensis) which have produced such an immersive and expansive canopy, that it has created a cooling microclimate that is still utilised by visitors today for respite from extremes of the local climate.

Edgar’s other directives were to produce an economic botany garden, which he developed with material sourced from Botanic Gardens in Brisbane, Melbourne, Sydney and Kew. This garden was extensive and well stocked with many of the tree specimens still flourishing today. Some of the notable trees from this collection include Bald Cypress (Taxodium distichum), Amarillo (Lafoensia punicifolia), Sausage Tree (Kigelia pinnata) andKapok Tree (Ceiba pentandra),to name a few.

Unfortunately, many of our records from this period are missing or incomplete but what we do know is that Edgar had a grand vision for the Gardens which can be seen from his plantings, and the layout of trees and garden beds which still have immense impact today.

Since Edgar’s retirement in 1902, there have only been six successive curators of Rockhampton Botanic Gardens. I am currently in the role as the seventh curator. Over the history of the Gardens and its curators, the development of the Gardens has continued with expansions beyond the original boundaries with new gardens, landscapes, buildings and a zoo being implemented.

In December 2019, the Gardens celebrated its 150th anniversary and part of the celebrations included the opening of the newly constructed finch gazebo. This structure was reconstructed based on historical notes and archaeological evidence from the original finch aviaries that were built in the early 1900’s, and which had been lost over time. The importance of this new structure goes beyond serving as an homage to the garden’s past and as an intimate venue for weddings, picnickers and visitors alike, as it was the first significant construction on the site for many years.  The reception and appreciation of this structure has been extremely positive from all stakeholders and became a talking piece on what we could do within the Gardens.

From the finch gazebo we have now looked at how we could redevelop many aspects of the Gardens that are nearing their end of life, or require reconditioning to bring them back to their former glory. This has led to the formation of a multidisciplinary project group from Rockhampton Botanic Gardens, the broader Rockhampton Regional Council and other significant stakeholders to develop an initial yet extensive redevelopment plan. The greatest respect and consideration will take place to ensure that the historic fabric of the Gardens is preserved and enhanced, whilst safeguarding the legacy of the six previous curators and the original layout by James Edgar. This redevelopment will ensure that Rockhampton Botanic Gardens continues to be the Green Jewel of Central Queensland on the Tropic of Capricorn.