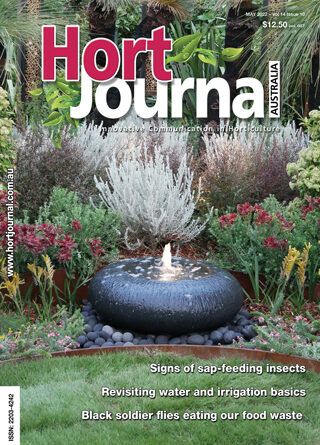 The summer in NSW and Queensland has been a very wet event this year following a trend of recent wet seasons and I feel so sorry for people affected by floods and torrential downpours. The extended wet periods and extreme humidity have increased the number of unwanted indoor plants in the form of moulds.

Moulds, you can’t live with them and you can’t live without them. I don’t need to tell you mould is part of a group of very common organisms called fungi that also includes mushrooms and yeast. It is present virtually everywhere, both indoors and outdoors. Indoors they are a likely health hazard and risk to building habitability, while outdoors they are essential to the health of our forests.

Fungi belong to an entirely separate kingdom of life from plants and animals, and are found in every habitat on Earth. Beneficial mycorrhizal fungi form close relationships with trees, growing around or within their roots. These fungi harvest nutrients such as nitrogen and phosphorus from the soil and deliver them to the tree in exchange for carbon-rich sugars generated via photosynthesis. According to researchers from the University of Birmingham in the UK, very little is known about fungi populations and very few species are protected. Fungi present in the soil could determine if newly planted forests will thrive, and maximise the amount of stored carbon, or struggle.

So maybe we need to enlist some common garden pests to help us restore fungi to the landscape. Slugs have been found to distribute fungal spores in their faeces without any decline in their germination rate. Researchers at Kanazawa University in Japan found that slugs moving through the leaf litter and wood debris in a forest disperse the spores in a germinated state providing a survival advantage. I still try to discourage slugs from using their tiny teeth on my juicy green leaves when I meet them in my garden.

I have had instances of bright yellow ‘Dog Vomit’ mould (Fuligo septica) appear in my outdoor pots. While not particularly harmful, it does detract from the presentation.  While Fuligo septica looks like a fungus, it has been classified over time as a plant, a fungus, an animal and now is considered to be myxomycetes (slime mould). They have an important ecological role, recycling nutrients for numerous invertebrates and decomposing forest floor materials. The ‘dog’s vomit’ is the plasmodial stage of its life cycle where millions of nuclei form a much larger cell, sometimes spanning up to a metre. Sarah Lloyd is one of the leading experts of Australia’s slime moulds and has documented at least 2000 individual examples from Tasmania in her field guide ‘Where the slime mould creeps’. Australia-wide, there are at least 260 species described so far and that number increases annually. Slime moulds, with no brain, can navigate towards a source of food. It sounds a bit like an old movie called ‘The Blob’.

I will end on that thought. I hope to see some of you at the International Plant Propagators Society Conference. Come and say hello!