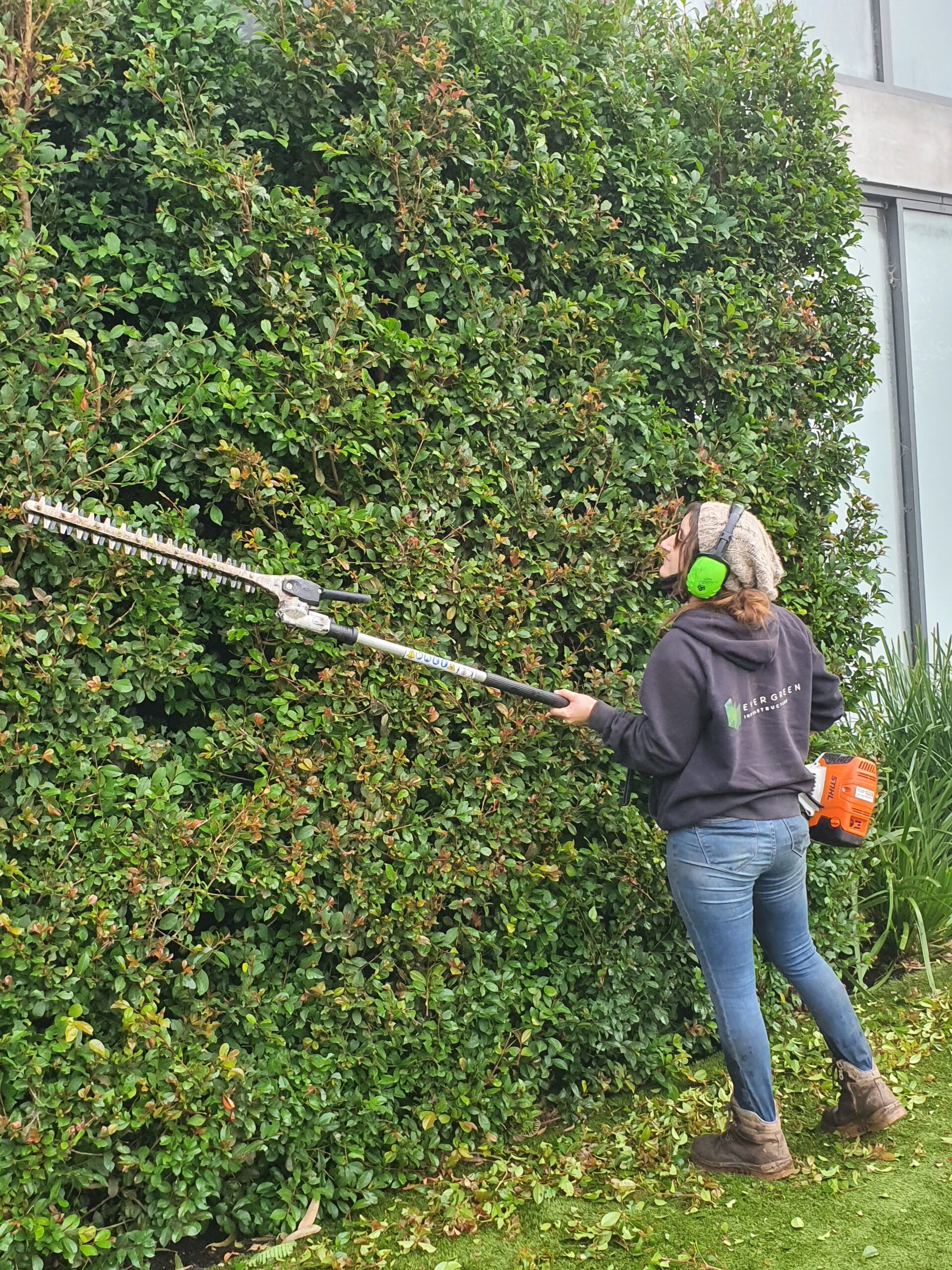 Stihl, Husqvarna and Makita have been promoting their range of battery-operated tools for some time now which includes lawn mowers, hedge trimmers, line trimmers and blowers, to name but a few. They all possess similar features and are true to their brands’ ethos of manufacturing quality tools. So, what do we need to evaluate when making this change and why should we be considering battery over petrol powered tools?

The built and green environments are nowadays so intertwined, it raises challenges in how we best maintain these spaces. For example, the noise created by petrol machinery and the impact to residents is a big consideration.  Residents working from home is increasing at a faster rate than ever before and they’re also undertaking other important activities such as study, home schooling, raising children, etc. Recently, I reviewed the current tools used across our maintenance teams and a good portion of commercial clients that are responsible for multi residential sites that are occupied by around 600-700 residents.

Emission outputs need to be monitored as built environments and confined spaces do not allow for sufficient ventilation. It’s widely understood by our maintenance teams that they need to be aware of the environment they’re operating within when using tools to ensure they do not get hit by debris, and they also need to recognise the impact of emissions in confined spaces, both to the operator and public. The reduction in emitting carbon monoxide and unburned hydrocarbons offers significant health benefits.

The new range of tools are designed with Lithium-ion batteries which provide sufficient power and run time. They’re also cordless and can be re-charged in a matter of minutes not hours. The obvious advancement in tool technology means that messy fuels and oils no longer have a place. There is an initial outlay for all new tools and batteries, however the battery life extends to 3-5 years which can be compared against current maintenance and running costs of petrol operated tools.

On the topic of power output, the new battery-operated tools are on par with the petrol tools and also promise a reduction in weight. The battery-operated engine also has reduced machine vibrations which is a huge benefit when using such tools over an extended period. This reduction in vibrations, coupled with a lighter machine, is a clear advantage for the operator and should contribute to a reduction in soft tissue injuries.

I undertook some discovery to learn first-hand of the experiences that were being had in the field. One operator, who runs a large tree removal and trimming company, uses both battery and petrol operated tools. He commented that battery operated chainsaws allowed his teams to use these tools at the beginning of the day, allowing them to adhere to noise restrictions. They found using lighter battery powered chainsaws up in the trees meant a reduction in physical exertion from the operator when climbing, and the removal of a pullcord also assisted, as a push button starting mechanism resulted in little effort.

They further commented that pruning trees with their range of battery-operated chainsaws was easier when they were in precarious positions compared with their bulky and heavier fuel powered counterpart.

At the ground level, I received feedback from operators that the quieter battery powered leaf blowers and hedge trimmers are a welcome addition for residents who had complained previously about the ongoing noise produced by the conventional tools. Furthermore, the lighter weight machines had a reduced physical impact after a long days use, and mentally, there was a reduction in fear of being ‘yelled at’ by angry residents who were disturbed by the noise, and often for hours on end.

Both companies I liaised with noted that their maintenance and fuel costs had decreased, which formed part of their motivation for switching to battery operated tools. One tree company noted that their mechanical maintenance of their machines reduced considerably, allowing their on-site mechanic to focus more time and effort on their truck and chippers. Battery powered tools suggest that there is ongoing financial upside in keeping maintenance costs down and through removing the ongoing costs of oil and fuel.

Sustainability is on everyone’s agenda and this is one demonstration on how to adopt a greener strategy when it comes to tool selection and use. Our dependency on machinery will always be present, however, it can be reduced and managed in a way that ensures clients and operators needs are also considered, all while assisting businesses to make more conscious decisions with the ability to reduce ongoing running and maintenance costs.

There is evidence that some countries and organisations have been quick to adopt the new battery powered technology, and legislation is also on the agenda. As awareness and adoption within industry increases, so will the demand from operators, clients and the general public for Australian businesses to implement more sustainable practices that benefit all.