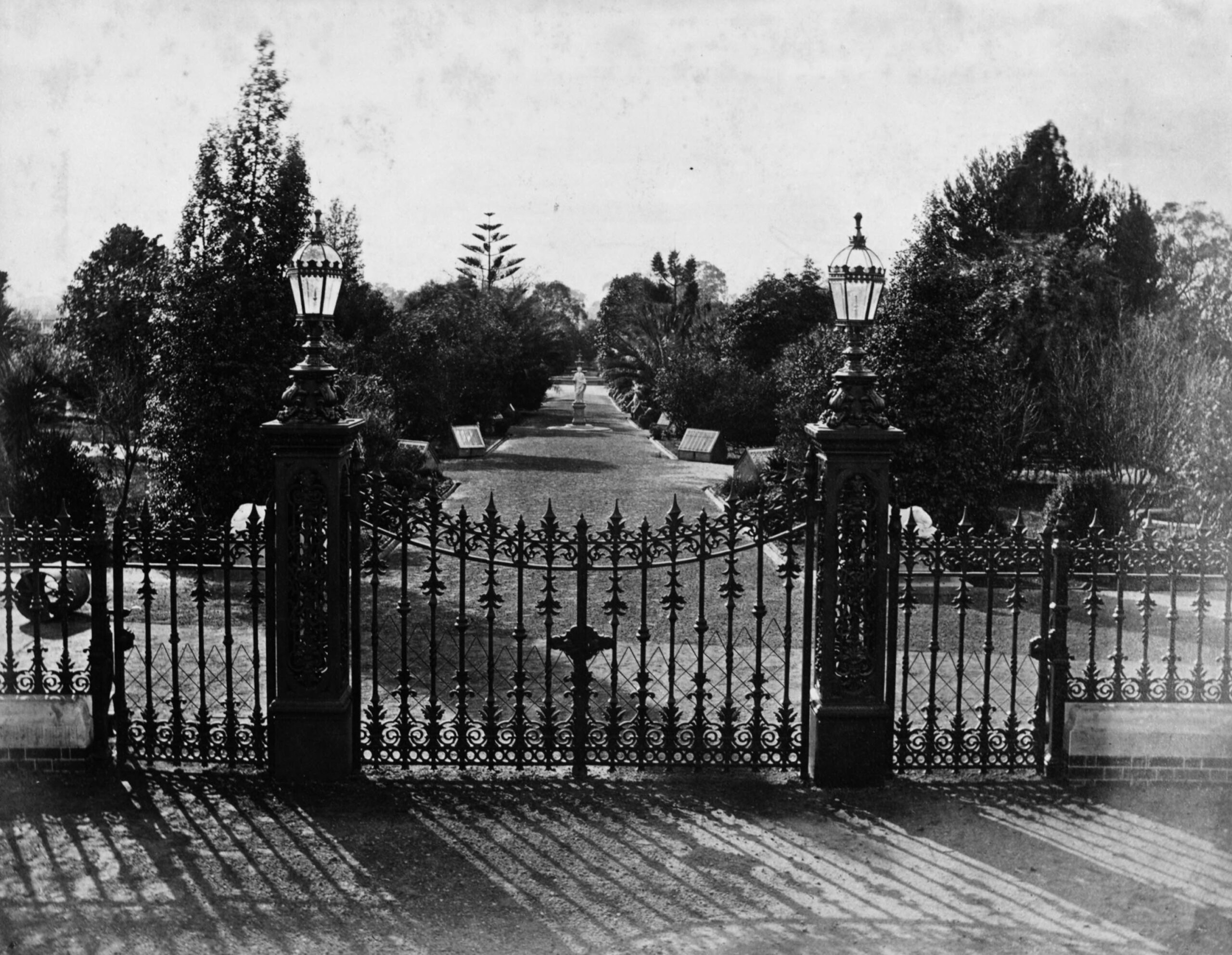 In the British summer of 1829, while undertaking the collection of a moth pupa into a sealed glass vial, Dr Nathaniel Bagshaw Ward (1791-1868) observed that fern spores and grass seed, captured within the closed environment, could germinate and grow without any outside assistance. This observance gave him the foundations for creating a device that could liberate plants from their native lands. The mini glass house he devised was called a Wardian Case. When these were corked and sealed and carried on board the ships of the day, they could transport live plants to all corners of the earth, and they certainly did!

We need to recognise some of the major historical notes associated with the Wardian Case. The design we received is based on that of the famous plant collector Robert Fortune (1812-1880) who introduced 250 new species of ornamental plants, mainly from China and Japan into the gardens of Britain, the USA and Australia. He is best known for stealing tea plants from China and introducing them to India.

The first recorded Wardian cases, (six in number) arrived in Adelaide in 1839 only three years after the Colony of South Australia was established in 1836. These cases when opened, provided South Australia with West Indian limes, Bengal Citron-Hybrid, six olives, one large fruiting blackberry, Date palms and a selection of peaches and apples. These were not planted in the locality of the Botanic Garden, however, they were planted north of the River Torrens. This consignment was for John Bailey (born in Hackney, London, 1801), the first South Australian Colonial Botanist (1839 to 1841) who had involvement in the failed Botanic Garden Project, although by 1840 he was an independent agent supplying many culinary and food plants from his nursery in Hackney SA. I wonder if he brought the name from his birth place.

In 1859, Charles Giles, a Wealthy South Australian, was developing his grand collection of plants. Seven Wardian cases were sent from London to Adelaide, all neatly packed at the start of their journey, but due to extremely bad weather, six of the seven were thrown overboard, leaving only one. The seventh was extremely damaged and contained plants of roses and fuchsias. These uninsured packages cost the princely sum of £70.

The first record of orders going abroad was during the time of the first Director, George Frances, which was recorded in the Board Minutes of the 12th October 1855. The £10 sent to the Cape of Good Hope was ‘for general collection of plants omitting as are known to the colony’. The first return arrival of a case from the Cape of Good Hope did not occur until 4th June 1858, 3 years later.

A passage from the ‘South Australian Register’ of Friday 18th January 1867, contains a report from the then Director Schomburgk stating “there were the highly valuable donations from the Royal Kew Gardens, Botanic Gardens Mauritius and the Royal Botanic Garden Berlin to the value of £100”. He goes on to say, “containing 85 costly and many handsomest species as yet known”.

Richard Schomburgk’s first Board meeting on the 6th July 1866, recorded an arrival of a case of conifers with only one plant alive. This is the same meeting where the first arrival of Ficus macrophylla plants was recorded for the gloriously famous Adelaide Botanic Gardens, Morton Bay Fig Avenue.

The famous 1877 photograph of the Main Walk in Adelaide BG lined with Wardian cases is by the second Director Richard Schomburgk. The photograph also provides the visual proof that many of the Wardian cases were different in size and design. Between January 1847 and December 1850 the first director of the Royal Botanic Gardens Kew, Sir William Hooker, sent 76 Wardian cases to the Adelaide BG.

The Wardian case certainly provided the ability to move live plants from anywhere in the world to pastures new. In many cases, these introductions did aid commercial success and the prosperity of economies in their new environment. There were many sad tales around the use of the native people supplying cheap slave labour for the new found plant entrepreneurs.

Introductions included plants that would become weeds in their new environment. Unfortunately the cargo was not limited to the plants alone. They also transferred many a pest and not just plants themselves but snakes, spiders, cockroaches and the like. Their capacity also had unseen disadvantages with the efficient introduction of exotic bacteria, fungi and viruses.

However, what horticulture would have become without the amazingly efficacious Wardian case, is hard to imagine, and what would the avid gardener and plantsman have done without the Wardian case, in the collection and dispatch of the world’s rich and exciting flora.

All images supplied by:  Botanic Gardens and State Herbarium of South Australia