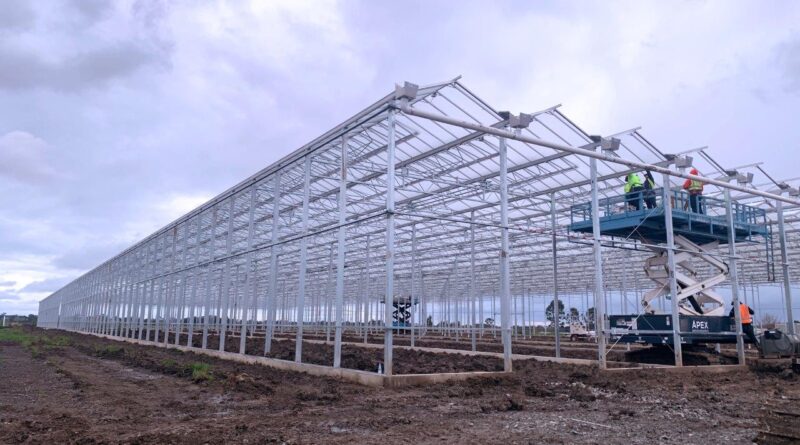 A major expansion of Ball Australia’s Skye (VIC) site has been brought forward by five years in response to growth and demand above expectations. The new facility will be the most advanced technological and largest greenhouse operation of its kind in the Southern Hemisphere.

The company moved from its former Keysborough site to Skye in 2017. This site was 40% larger than previous and was intended to be adequate for another 10 years. However after just five years Ball recognised that it needed to expand earlier than expected.

The mother stock facility is being upgraded and enlarged, with a new 1ha glasshouse offering flexibility that the company hasn’t had in the past. Ball’s high levels of biosecurity will be continued.

On track to be completed by the end of October 2022 and operational by year’s end, the upgrade will free up 4000m² of additional growing space and result in 4.1ha under cover.

Designed for high-health mother stock to support Ball Australia’s vegetative program, the facility will ensure that the company produces the best and cleanest cutting material resulting in success for its customers.

It demonstrates the ongoing commitment to Ball Australia and the Australian market by the Ball Horticultural Corporation, and will create an estimated 20 new positions making Ball one of the biggest employers in the City of Frankston local government area.

The extra space and growth that this new build creates, gives Ball greater scope to broaden its product ranges and relationships with plant breeders, and will bring to the Australian market a healthy range and choice of flowering varieties for retailers and consumers.

The mother stock team at Ball Australia is headed up by Nicholas Parzybok, who has been managing the existing mother stock area for three years. Supported by Tim, Joanne and Sarah, this tight team is really looking forward to the new build becoming operational.

Nick said, ‘It will give us greater control over environmental conditions by having separate environmental departments within the facility. Better quality product and the ability to refresh growing material to ensure healthy plant stocks will be the result’. Migration of existing mother stock into the new facility will be a staged from late October onwards.

Top image: The new facility will be the most advanced and largest greenhouse in the Southern Hemisphere.