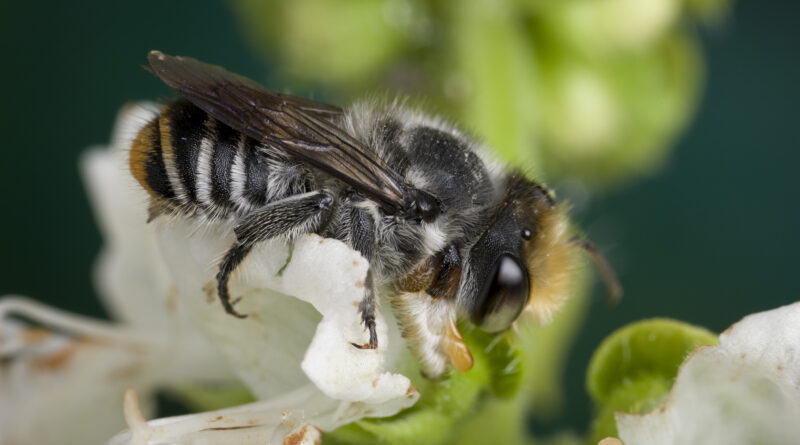 Varroa mite, the invasive parasite of European honey bees, has been detected in NSW. The current outbreak is very concerning but is there possibly a silver lining to this outbreak?

At the time of writing this article, the NSW outbreak of varroa mite (Varroa destructor) appears to be contained. Varroa mite has been detected at 34 premises, and over 1600 hives of European honey bees (Apis mellifera) have been destroyed. The mite has not been detected outside the emergency zones between the NSW central and mid-north coasts, and Narrabri in the state’s north-west. Only time will tell if the situation remains this way or not.

While writing this, it was announced that registered commercial and recreational beekeepers will be reimbursed for all equipment, hives and bees destroyed in the eradication process. “Varroa mite is the most significant threat to our honey bee and pollination industries,” federal Agriculture, Fisheries and Forestry Minister Murray Watt said. “We unanimously agree that it is both technically feasible and economically beneficial to remove it from our shores.”

It’s great to see the federal and NSW state governments are attempting to eradicate this latest incursion of varroa mite. There have been varroa incursions before. Varroa mite was detected in cargo at the Port of Melbourne in June 2018 and quickly eradicated. The State Quarantine Response Team, which includes members of the beekeeping community, worked alongside Agriculture Victoria’s Incident Management Team (IMT) and conducted surveillance of every known hive within a 2km radius of the Port of Melbourne detection. Surveillance was concluded after 6 weeks when it was determined that the mite had not ventured outside the port. This current outbreak in NSW will be more challenging to control because it has spread outside the Port of Newcastle.

Beehives, both commercial and recreational, must now be registered in all states and territories of Australia. Apparently, the detection of varroa mite in Newcastle prompted a flurry of registrations in New South Wales. That has to be a silver lining. Authorities can’t manage a varroa mite outbreak if they don’t know where the beehives are or who they belong to.

When the varroa mite spread through New Zealand, feral honey bees declined by about 90% within a few years. It is expected the same thing will happen here if varroa mite can’t be contained. Feral bees are European honey bees which have escaped managed hives and have established new colonies in the bush. Feral honey bees occupy nest holes in trees that would otherwise be used by bats, birds, native stingless bees, and small mammals. Many native animals will thrive with the absence of feral honey bees. Feral bees compete for resources such as nectar and pollen with native bees and other insects, including honey bees from managed hives.

I see the potential collapse of the feral honeybee population as a silver lining for the environment, and for all registered beekeepers. I am not alone in thinking this. Prof O’Connor of the University of Adelaide said in an article in The Conversation,  “… there’s another way to look at this pest: as an effective biocontrol for feral honeybees in Australia’s natural environment.” He also wrote, “… knocking down feral honeybees could also be good for the honeybee industry, as feral honeybees are a recognised competitor with commercial ones.”

Some commentary on social media has confused feral bees with native bees. We have more than 1700 species of native bees in Australia, and only 11 species form colonies or hives similar to European honeybees. These are the native bees known as ‘stingless bees’ in the genera Tetragonula and Austroplebeia, which are found north of about the central coast of New South Wales. The remainder of our native bees are solitary and do not form colonies, although some are gregarious.

Australia is the only continent so far where varroa mite has not established, which is why it is so important to keep it out. Pollination by European honeybees is important to many horticultural and agricultural industries, and vital to some – the almond industry for example. Native bees will not be able to fill the gap left by the possible decline of the European honeybee for some horticultural industries but will for others. For example, stingless bees would not survive the winters experienced by the almond industry in north-west Victoria and would not be suitable there. However, stingless bees are very suitable in the macadamia industry further north (native bees and macadamia trees are both native after all).

The Australian beekeeping industry has been preparing for the arrival of varroa mite since it became established in New Zealand. If the mite does take hold here, it will be one more thing that beekeepers need to manage. This will probably increase the cost of beehive management, which in turn will probably increase the cost of pollination services and honey. If the Australian situation follows the New Zealand experience, some commercial beekeepers will leave the industry, as will some recreational beekeepers. These negatives should be weighed against the positive environmental outcomes which will result from the collapse of the feral honey bee population.

Clarke, M and Le Feuvre, D. (2021) Size and scope of the Australian honey bee and pollination industry – a snapshot. Agrifutures Australia No. 20-13.