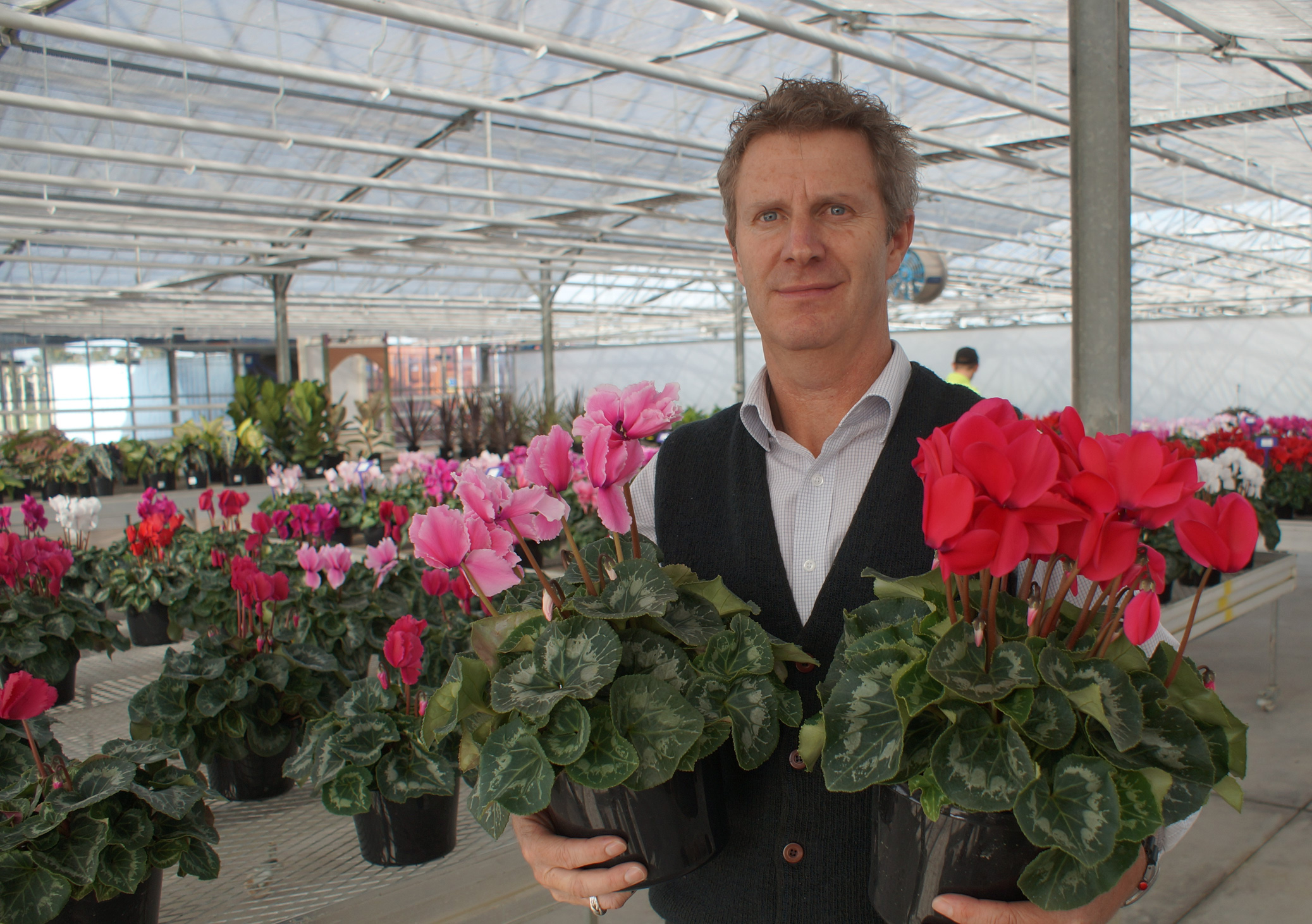 Australian horticulture education and training is going through a period of massive change. Just what the ultimate balance of skills, science and other non-horticultural training might be needed by industry, is still being clarified but the theme of ‘environments’ keeps cropping up.

Former Burnley lecturer and water management consultant, Geoff Connellan, acknowledges a global trend of educational institutions narrowing course bases, with horticulture often absorbed into other (often non-related) departments, although he is far more upbeat about the opportunities for students and graduates. He highlights the growth in the diverse skills, knowledge and resources now being demanded to plan, expand, manage and maintain present and future public amenity, green and open spaces and the broader environmental landscape.

He points out this is a demanding a multi-disciplinary approach involving landscape architects, environmental scientists, natural resource management and many other fields, of which ‘horticulture’ is just one. He sees a growing world of ‘horticultural management’ mainly employed by the public sector, who are managing horticultural assets.

“From my perspective, it’s more critical in a way to have people with the science that can plan for the future, the issues of climate change and changing demands, particularly on green spaces – that’s an area. They’re not horticultural people as such, but people involved in horticulture, involved in planning for the future, how to achieve green cities etc. You need to have those people there and they mightn’t come out of a straight horticultural program, they certainly don’t come out of a skills-based thing, they need science so they do need tertiary qualifications to support them.”

“That’s the nature of the business out there now.”

“Look at environmental engineering now, which has been a major growth faculty around Australia. At the University of Melbourne campus 50% of them are female. That says something about where things are heading as well.”

“In the past, when I was at Burnley, they were trying to produce someone ‘for a slot’, whereas to me, it’s far more open now, what the role is for horticultural people. That’s where I now value the Burnley people who haven’t learned it by rules but through science basically.”

It still comes down to plants

“It still comes down to the plants though,” he commented. “If we say horticulture is plants that’s fine but sometimes ‘horticulture’ becomes categorised as more of an industry type or slot.”

Peter May says while those trained in horticulture will not be botanists, they will have a knowledge of plant taxonomy and nomenclature and should gain a built-in knowledge “of recognising plant material, of where it fits and how it works, and how to use it”. Peter regards this as the ‘super power’ of a horticulturist. It’s underpinned by botany but the science of botany is a different thing.

In the early 2000s, courses at the Burnley Campus of the University of Melbourne began to badge their programs as ‘urban horticulture’, reflecting the types of industry changes and employment that students were moving into after graduation.

John Rayner says, “Urban horticulture is the horticulture of cities. It requires an understanding of how to establish and sustain vegetation in what are sometimes difficult sites and includes everything from green roofs and walls to urban forests”.

While undergraduate studies in horticulture are no longer offered at Burnley, graduate programs in arboriculture, garden design and urban horticulture have grown in enrolments over the last two years, perhaps bucking the trend elsewhere, he pointed out.

“This growth in enrolments has probably been assisted by the COVID-19 pandemic, as people start to reassess their lives and return to study with a new career in mind,” Rayner said.

Agriculturally trained people recognise, and work with, a relatively small set of plant species, whereas horticulturally trained people might recognise and work with over 1000 species, Peter pointed out. He observes while a lot of content at Burnley is plant focussed, there might nowadays be a lower proportion of plant-specific material being taught.

Geoff Connellan said, “Looking at things in terms of planning and finding solutions for sustainable landscapes, green space etc., you definitely need people with science in those spaces. They are there, they’re getting there from different directions probably. We previously used to think that that graduate would be 100% representative of what was required, whereas now they’re probably one of a number of different folk who will be engaged in some of the schemes”.

Geoff agreed with a suggestion that the greenlife industry might see itself as a factory that produces and sells plants rather than something bigger. “Yes, they’ve got boundaries and sometimes the word ‘gardeners’ is used derogatively. What strikes me, is the person who can look at all the different disciplines that impact on horticulture may not necessarily have all the answers.They’ve got to work with a whole lot of other folk to arrive at good solutions.”

“Some of these new roles are quite demanding. You’re developing strategies to cope with climate change, and you’re looking at all the issues to do with species tolerance etc. Those people are coming from a whole lot of disciplines and from across the country. I think there are going to be a lot more environmental science people.”

We once probably thought we had all corners covered but these days, what’s happening is that the scope of what’s required has increased so dramatically, that horticulture is but one component in it, he suggested.

“It’s still got to get it right but the ‘horticulture’ might be in plant breeding, production techniques etc.,” he added, “and when we say ‘horticulture’ we’re often referring to the ornamental sector”. And yet a lot of people now working here on (new) species identification, selection and management to meet climate change, are not horticulturists!

The conclusion could be that the greenlife industry is too short-sighted, insular or limited. Geoff Connellan drew comparisons between it and the currently booming protected cropping/hydroponics sector, which, on his observations, had no inhibitions and had a high level of information exchange and interactivity. The IPPS (International Plant Propagation Society), which encourages shared learning, was one exception.

John Rayner questions where transferable knowledge and skills, and lifelong learning is in the greenlife industry? “How has industry engaged with educators and others to build a consensus around gaps and deficiencies in education and training? Where are the real and genuine attempts to build demand in the school sector for courses and qualifications?” he asked.

On that score, prominent IPPS member and nursery operator Clive Larkman, himself with a double Degree in Botany and Zoology, a Post-Graduate PhD in Science, and also having been through a practical Certified Nurseryman’s Course, has somewhat different priorities and perspectives. At enterprise level, he has to find people to perform nitty-gritty nursery work at appropriate wage levels, while he also tries to improve his immediate business environment. To the latter end, he was recently involved in bringing two complementary Box Hill Institute courses, in AgriTourism and Biosecurity, into being. Both courses filled a vacuum that was affecting regional (Yarra Valley-Yarra Ranges) businesses like Larkman Nurseries, while not exactly being ‘horticulture’ training.

Universities and colleges now tend to aggressively promote themselves to incoming students in a competitive environment. The venue is promoted over the show. Horticulture is not seen as sexy or rewarding but is there much mileage in changing the image, when the horticultural offering is limited in terms of courses and seen as unappealing in both long and short-term rewards?

John Rayner agrees many of those with degrees don’t want basic horticultural jobs and will be unsuitable for most of them anyway.

“But there are many technical, supervisory or managerial positions that warrant degree-level education and skills. The smart employers look for smart employees and provide some craft-level vocational skilling and industry training to complement their higher education studies. But what does the industry want?” he asked.

We seem to be going through a period of ‘deformalisation’, a ‘re-setting of the clock’.

Given the observations above, just what does our corner of the paddock need or want to attract more starters? It needs to make up its mind and make it known.