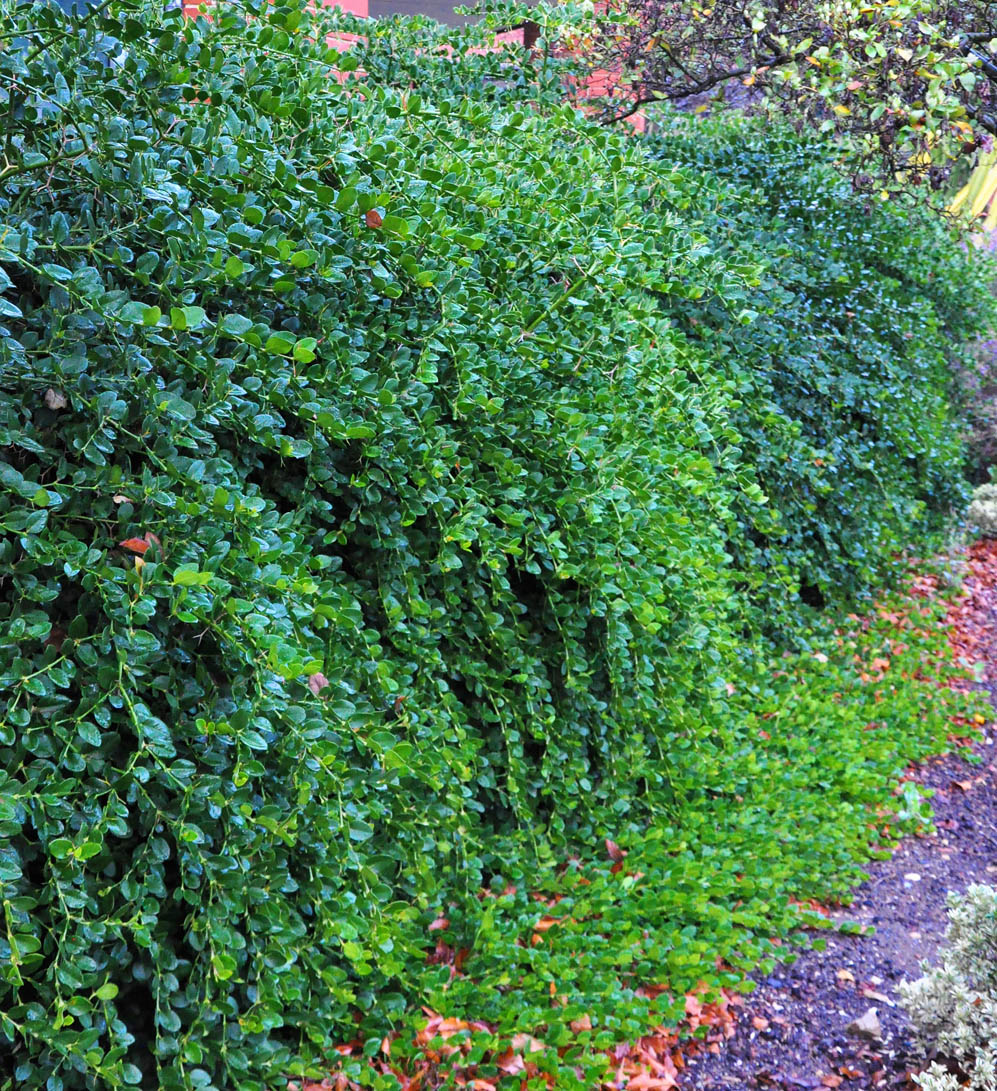 In a world where ongoing taxonomical changes are making it increasingly hard for the average horticulturist to keep up, we are also faced with an ever-increasing range of cultivars. The plant palette available in Australia in 2021 is enough to make your head spin but as a gardener, there is probably not a more appealing problem to be faced with.

Thanks to the dedication and perseverance of plant breeders the world over, we now have colours, shapes and forms in our plants that were unthinkable a few decades ago. However, not all cultivated varieties maintain their specific qualities after leaving the garden centre. Reversion is a problem faced by many breeders and nursery people, and refers to the phenomenon of a cultivar resuming the characteristics of the original species from which it was cultivated.

Variegated plants are perhaps the most notorious, often resulting from asexual propagation of cuttings taken from unusual branches on otherwise completely green plants known as ‘sports’. A propagator will notice the unusual or desirable characteristic and through vegetative propagation, clone new plants displaying the qualities. These plants are only able to be reproduced in cultivation and seed that germinates will likely display the features of the original plain green parents.

The problem with variegated plants is that the two-tone pale and green colours that make them so attractive to gardeners are actually a genetic flaw in the plants, often caused by a virus, random mutation or deliberately in culture. The pale parts of the leaves lack chlorophyll and in nature this poses a weakness for the plant, so variegated sporting is usually quickly outgrown. When a new variegated cultivar is produced, plants often have a memory of sorts and after some time it is not uncommon for them to produce entirely green stems in an attempt to return to the photosynthetically functional form of the parent plant from which they were taken.

Some variegated species tend to be more prone to reversion than others and include Euonymus furtunei, Euonymus japonicus and Metrosideros cultivars. If a plant has been produced from a sport, there is always the potential for it to revert. With the current trend in indoor plants and high value variegated cultivars fetching hundreds and even thousands of dollars, the world of variegation is a risky market, but perhaps that is part of the appeal.

There are all sorts of qualities a propagator will look for in parent plants when looking to produce a new cultivar, from varied growth habits to plants that produce bigger blooms, and any change that might be seen as appealing is worth exploring. However, finding something special in the wild by no means automatically leads to clones going on to be sold as new cultivars. In fact, renowned horticulturist and seasoned grower Angus Stewart, suggests it is not until around the twenty thousandth successful cutting, that a plant should really start to be considered stable and commercial.

Reversion can often be kept at bay by regular pruning and maintenance, and I recall a great example from my early years as a campus groundsman. We had planted the cultivar Carissa macrocarpa ‘Green Carpet’, a unique form of the species bred for its prostrate habit and spreading form. The plant formed wonderful weed suppressing mats that would scarcely reach thirty centimetres tall. However, every now and then a woody upright stem resembling the much taller parent species appeared, and I would promptly prune them out. Over the years since that time, budget cuts have led to less and less staff being available to maintain the campus, so what were prostrate ‘Green Carpet’ ten years ago, are now efficiently maintained as metre-tall hedges with powered hedge trimmers. In a unique twist, while the plants are virtually overtaken by the upright form of Carissa macrocarpa, between prunings a prostrate skirt of ‘Green Carpet’ still trails out at the base of the hedges.

However, even if cultivars from ten years ago readily reverted then, it is not an indication that they would if you brought one home from the garden centre today, and this is because many breeders have changed the way they handle their intellectual property when marketing new plants. Plant breeder’s rights (PBR) have long been in place to protect breeders’ exclusive rights to the plants they produce. This legislation is valuable, given the time and expense involved in breeding and achieving PBR registration, which can span above and beyond ten years. Once registered under PBR, a cultivar can be protected for up to twenty-five years before it can be propagated commercially without the breeder’s approval.

While twenty-five years may seem a long time, many cultivars retain commercial value beyond this period, so breeders are increasingly trademarking catchy plant line names. Trademarks can be renewed beyond the twenty-five-year PBR restriction, and breeders can use the name on an ongoing basis, while continuing to hone their product. In this scenario, PBR is often still registered for the plants but as a simple alphanumeric code. As breeders achieve more desirable qualities in their plants, whether it be form, hardiness, drought tolerance and so on, they can register further PBRs but continue to market the improved plants under the trademarked name. Trademarks aren’t actually the name of a true cultivar, but they are a catchy name given pride of place on many labels, and allow breeders to establish a reputation for their goods and services. This means that although the label of a plant you buy today might look the same as when you buy it in five years’ time, the plant itself may have gone through several changes and multiple PBR registrations.

It is a worrying reality that a booming horticultural market, spurred on by the COVID-19 pandemic, has led to a growing number of backyard propagators selling plants online. Many have no knowledge of PBR, Trademarks or plant patents and are likely breaching the legislation at the expense of rightfully recognised plant breeders. As horticulturists, we owe a great deal to breeders for the plants on offer today and as propagators, we all have a responsibility to adhere to the processes in place to protect them.