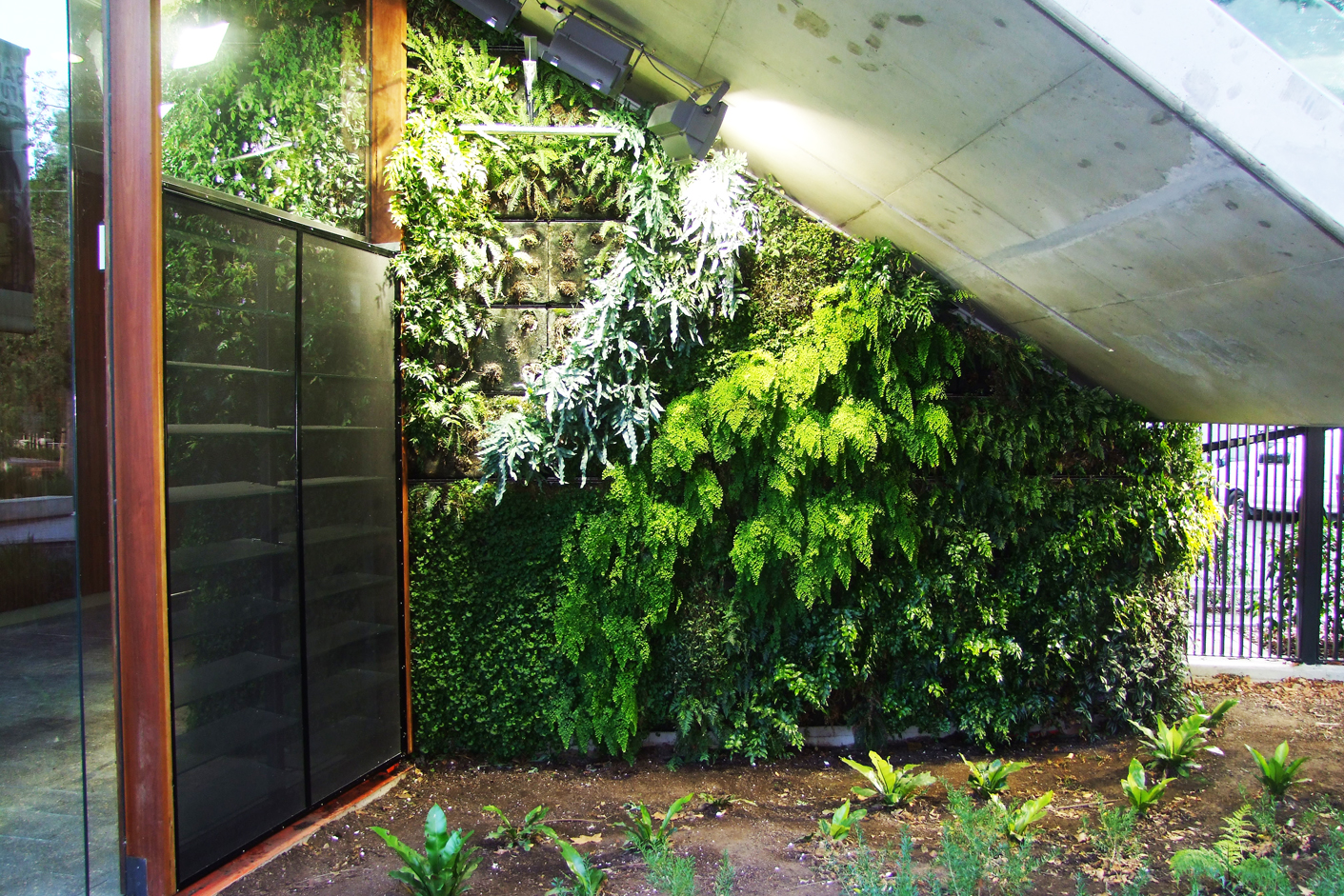 Over the last twenty years, green architecture has moved ahead in leaps and bounds but it hasn’t been a smooth journey, especially in the case of green walls.

At the dawn of the century, green walls were little more than a curiosity in Australia but as the decade of the noughties rolled on, significant investment started to allow for green walls in both new builds and existing architecture.

What followed in subsequent years, in many cases, was a series of catastrophic failures. Pioneering in any new field involves navigating a world of unknowns, so, unforeseen problems and associated failures were to be expected, but what was it that led to the demise of so many green walls, and why do we continue to see such disastrous failures decades later, well beyond the teething stage of the industry?

These are not the easiest questions to answer, as green walls are multi-faceted projects, each one differing from the last. Failures can be caused by anything from lighting and plant selection to orientation and media but regardless of the specific origin of a green wall disaster, failures share one commonality – a lack of knowledge and education.

The classic scenario for a failed green wall often involves a new build. Architects enthralled by the style and benefits of green architecture, logically include a green wall somewhere in their designs. However, rarely do architects possess adequate knowledge in horticulture to position their walls to ensure the structure’s success. Lack of horticultural knowledge is a problem that extends to design beyond buildings. Garden designers often graduate from their studies requiring very little knowledge related to horticulture and plants’ specific growing needs. This leads to aesthetically pleasing designs on paper that fail in the field. As a result, while having completed their Diplomas of Landscape Design, I often suggest graduates take some time to get their trade level Certificate III in Horticulture or at least take up a unit or two with a focus on plant cultural practices.

Whether an architect has allocated an appropriate, or challenging, location for a green wall, the subsequent installation, including plant selection, is generally subcontracted out to a company that specialises in the field. One might assume that these companies would have staff well-versed in problem solving and plant selection, and able to provide a plant pallete suited to any scenario. Unfortunately, this is often not the case.

While early green wall failures often related to experimentation with unknown and emerging growing substrates, or misjudging the quality of light required for a site, the overwhelming cause of more recent failures relates to plant selection. One reason for poor plant selection occurs when companies operate with a set plant list. Restricted plant palettes, while arguably boring, can be an efficient and economic part of a green wall business model, particularly when working with indoor green walls (which see far fewer failures than those installed outdoors). However, restricted plant palletes take away the ability to problem solve with challenging green wall locations.

The worst example of this I have seen in recent years, has been a green wall intended as the grand feature when entering a newly built hospital’s carpark. It is the perfect example of a wall fraught with challenges from its conception. The wall was not only west facing but situated as the only greenspace within an expanse of concrete and bitumen. A baking environment for a green wall in summer, but not an impossibility.

What was an impossibility, was the success of the plants chosen for the wall which initially included various ferns, philodendron, schefflera and other plants that enjoy protected areas and a little shade from time to time. After its first series of plant deaths, the wall was replanted with hardier species, including lomandra and dianella, but these also failed. Green walls often respond poorly to replanting, as the bare substrate is compromised, baked or colonised by algae in the absence of plants in between initial deaths and new plants going in. The disappointing demise of this project has now, three years from its installation, led to the wall being totally replaced with plastic plants.

If financially viable, I would always choose expanded clay and modular pots for outdoor green walls and operate them as hydroponic systems. Expanded clay does not slump, break down or compact over time, and allows for full control of nutrient delivery, as opposed to organic potting media or synthetic panel substrates. Expanded clay in modular pots also provides more space for root growth than modular panels which would have buffered the heat extremes at the challenging location, but beware, it does add weight.

Then there is the plant selection. Subtropical plants have no place in a baking west facing wall and succulents would be the obvious choice but for an aesthetically pleasing wall, you want to include something strappy or cascading for texture to hide the structure of the wall. Plants like Senecio serpens, Hesperaloe parviflora, Sedum morganianum and Sansevieria species could have had a place. Even sprawling native shrubs like Rhagodia spinescens and Enchylaena tomentosa would have worked but it was not to be.

With green wall failures still prevalent, it is encouraging to see that after decades of trial and error there is now enough confidence in the field, that formal qualifications in the area are entering the Australian Qualifications Framework. This year, the AHCSS00114 – Design Roof Gardens, Vertical Gardens and Green Facades Skill Set has been launched and should be on the educational ‘to do’ list for anyone already in, or considering entering, the field.

On the increase, green walls are a fantastic niche in horticulture we will all be encountering more of. They offer a myriad of benefits, so let’s all keep up to speed on how to help them succeed.