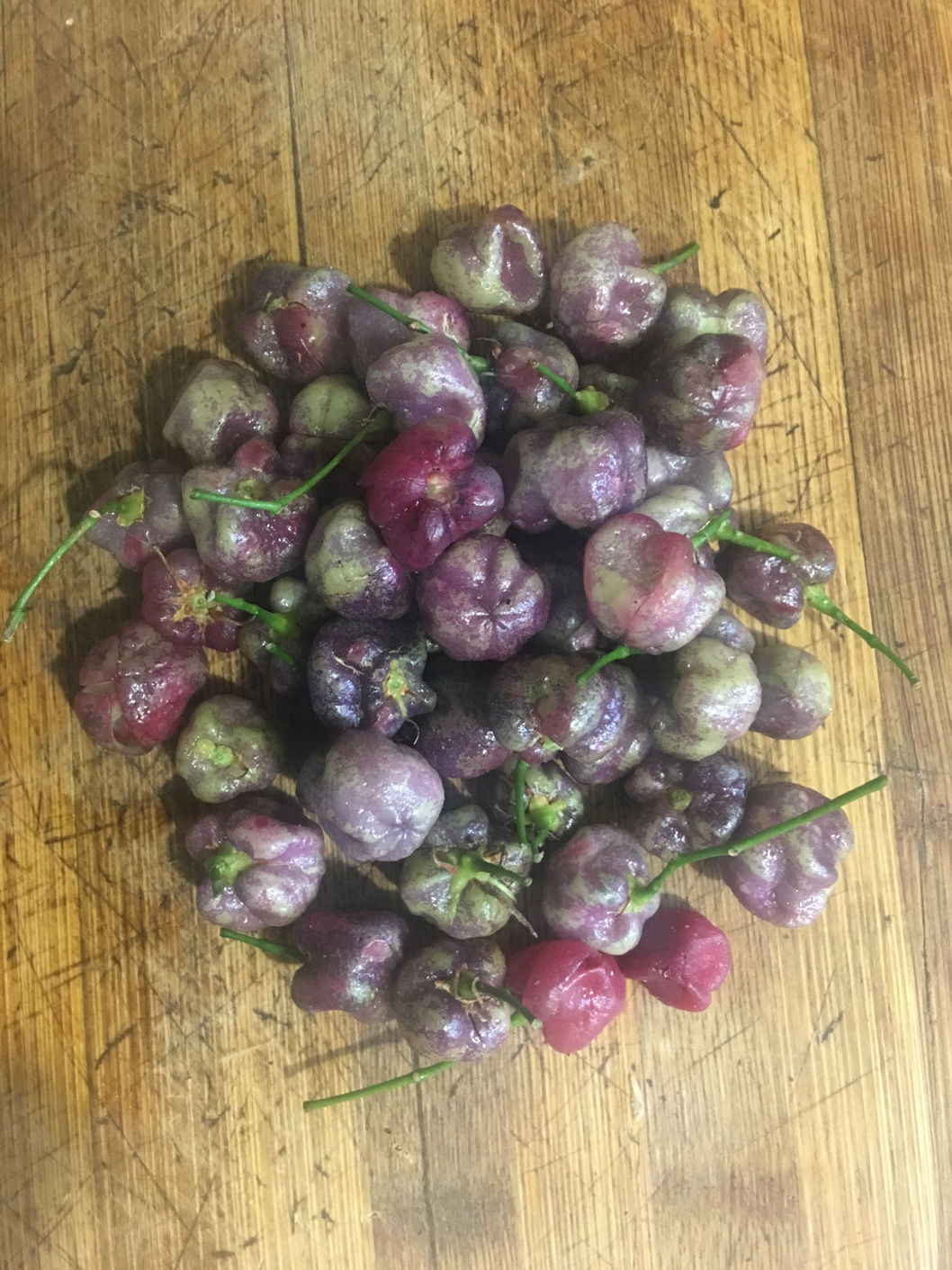 With common names such as Hard Aspen and Northern White Lilly Pilly, Acronychia laevis is a well disguised member of the RUTACEAE family. And yet the fruit of this citrus family species has one of the most unique tastes, described as a combination of aniseed and lime.

Hardy and reliable, I first encountered A. laevis at Slade Point Nature Reserve in Mackay where it was growing on the crest of a parabolic sand dune in semi-shade. Initially, I mistook it for A. acidula, the Lemon Aspen which is a bush food favourite due to its strong citrus tones. However, A. acidula grows typically in rainforest margins from Atherton Tablelands to Eungella Range to the west of Mackay, while my A. laevis was found growing within a few hundred metres of the ocean. Both A. acidula and A. laevis fruit and leaves can be used in the kitchen, with the crushed leaves of Acronychia smelling strongly of citrus with hints of mango.

A. laevis grows to a maximum height of 10mwith its range being from the Clarence River to Cape York Peninsula and into Melanesia. They are often found near water courses in dry rainforest in the subtropics and tropics but birds eating their fruit accounts for them often growing in locations where you wouldn’t normally expect to find them, such as a parabolic sand dune where I encountered my specimen.

A. laevis has simple leaves which are glossy dark green to 7cm long. The fruit is a four-lobed drupe, mauve to purplish in colour, and ready to devour between April and May.

The flowers of A. laevis are creamy white, emerging as small clusters from the leaf axils. They appear between November and March.

Grown at home, A. laevis is the perfect small fruit tree for a balcony or courtyard where it will be perfectly happy as a pot plant, so long as it has good drainage. It will tolerate colder climates but prefers a sheltered position with morning sun.

The benefits of growing native citrus that are slightly more obscure than Citrus australasica (Finger Lime) and Glycosmis trifoliata (Pink Lime Berry) are numerous. Firstly, they are culinary gems that can be enjoyed raw or in salads, in desserts and drinks, and as preserves or mixed with sauces that will turn a suburban meatloaf kitchen into a Michelin 3-star restaurant. Secondly, they attract an array of butterflies such as Swallowtail butterflies. It is a larval food for Papilio aegus (Orchard or Citrus Swallowtail Butterfly). It is also a favourite fruit of the Green Catbird.

They can be propagated by seed as well as cutting.

Acronychias are said to fruit abundantly every second year, so make sure you have your preserving jars lined up and ready.