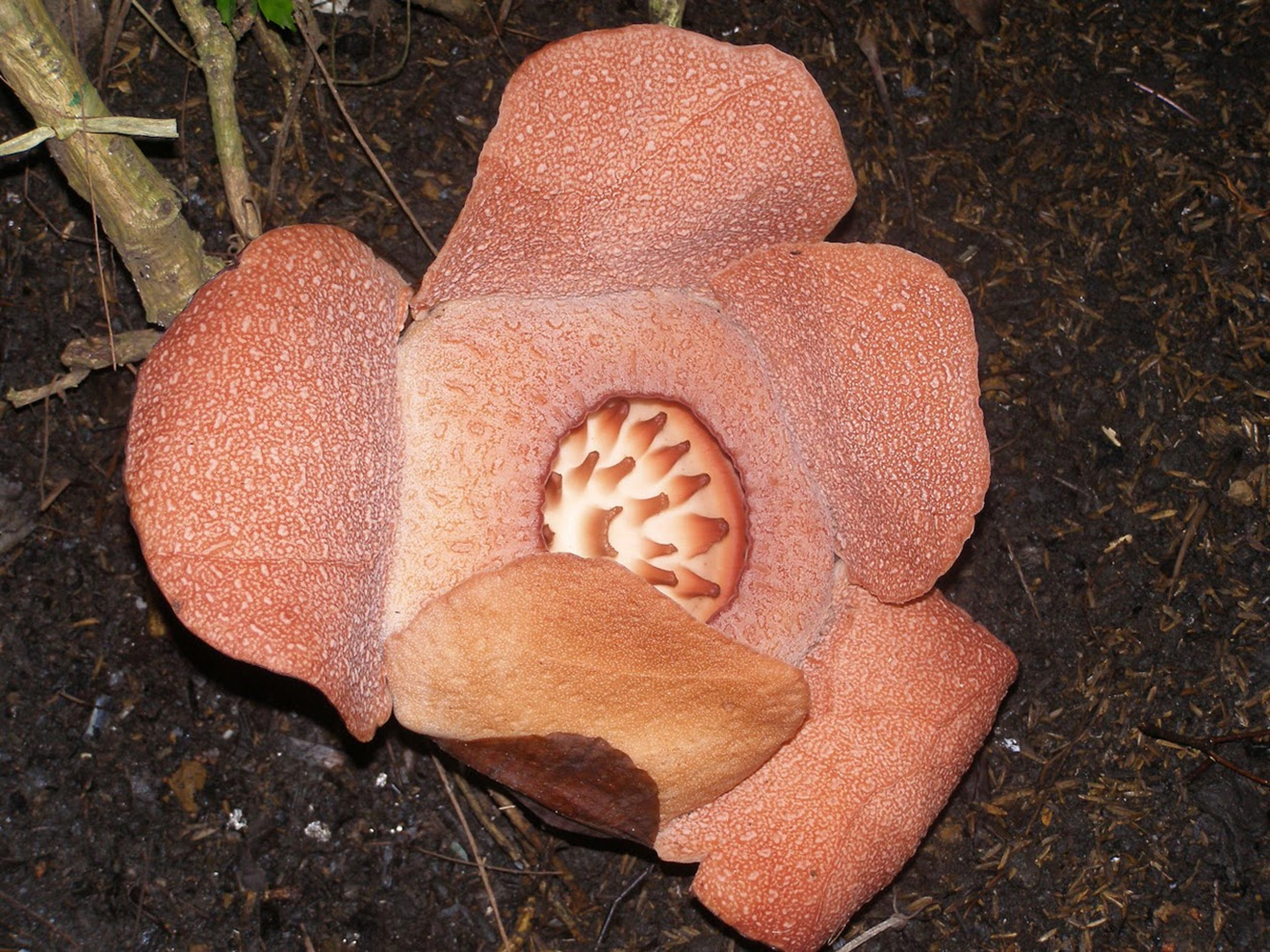 Achieving the illustrious title of the world’s largest flower, the corpse flower (Rafflesia arnoldii) is the largest species of a charismatic genus not often seen. The plant has earned its common name because of the foul odour of rotting meat the flower emits to attract carrion-feeding pollinators, and with its fleshy red mass growing up to a metre in width, the flower could quite literally be mistaken for a corpse.

Some years ago, we featured these flowers in Hort Journal Australia and the research that was assisting in the preservation of the species in the face of increasing deforestation. Since that time, propagation of the species has progressed in leaps and bounds and it is great to be able to report that the future for the plants in cultivation is looking up.

When fortunate enough to stumble upon a flower of the Rafflesia genus among the moist leaf litter of southeast Asia’s rainforests, it’s almost as though something somewhere went awry, way back along the tree of life. The plant is entirely parasitic, void of any leaves or stems and exists entirely within the tissues of its host, until it is ready to reproduce.

Highly specialised, members of the genus rely wholly on a specific genus of vines (Tetrastigma spp.) to act as hosts and supply all of their nutrient and water needs. Due to this parasitic nature, Rafflesia have long discarded a need to photosynthesise and one species from the Philippines, Rafflesia lagascae, appears to have evolved without the chloroplast genome altogether.

Many Rafflesia species are highly selective when it comes to which Tetrastigma spp. they will parasitise. Rafflesia arnoldii prefers T. leucostaphylum, while T. tuberculatum attracts several species of Rafflesia. With this selectivity in mind, Rafflesia species are working within a minute window of opportunity to achieve germination. Seeds must be deposited near just the right species of vine. It is thought this dispersal may be aided by small mammals that eat the fleshy fruit of Rafflesia and ants that are attracted to a small protein-rich attachment on its seeds known as an elaiosome. Even with the assistance of these seed dispersal agents, the successful germination of a plant is a miraculous feat against all odds.

Still, a lucky minority of seeds are deposited near a suitable host and when this occurs, the plants will germinate and enter the tissues of the Tetrastigma vines using modified parasitic roots known as haustoria. Once the plants have successfully colonised their hosts, they remain unseen, stealing food and water until they have accumulated enough stored supplies to attempt to produce the energy intensive flowers for which they are known.

The production of Rafflesia flowers is not a quick process and many of the species produce blooms that take many months to reach maturity. Beginning first as a small swollen growth in the dermal tissue of the host, the buds grow to resemble something similar to a fleshy cabbage before finally opening to a full bloom. Amazingly, after months of development, these flowers are only open for a few days before shrivelling into decay.

Like seed dispersal, the budding stage of its lifecycle is a precarious time for the Rafflesia genus. It is the first time the plants visibly hint of their existence and requiring several months to develop, they emerge defenceless against predation. The growing flowers are a favourite of caterpillars and a plethora of hungry insects thriving in the tropical rainforest. As a result, bud mortality is high and only a small portion of the flowers survive to reach maturity.

At Indonesia’s Bogor Botanic Gardens, staff have been working on more controlled ways of ensuring the conservation of the genus rather than relying on wild germinations. Here, a steady supply of flowers is achieved, and the techniques involved in accomplishing this feat are ingenious. To date, no one has been able to successfully germinate Rafflesia seed and have them colonise a Tetrastigma vine in cultivation, so behind the scenes at the Gardens, the plants have been being produced a little differently.

Grafting is a common method of propagation which consists of implanting the parts of one plant (scion material) into the tissues of another (rootstock) and at Bogor, it has been discovered that this process is a valuable tool for the ongoing preservation of the Rafflesia genus. By grafting portions of T. leucostaphylum, known to have been parasitised by R. patma, onto an unaffected T. leucostaphylum, researchers at the Gardens have been able to produce a steady supply of domestic blooms over many years. The Rafflesia tissues develop internally within the Tetrastigma tissues moving to both sides of the graft and subsequently emerging. Tetrastigma roots which are parasitised can then be used for future scion material. This success comes at a critical time and offers hope for the survival of this unique genus. It also offers hope to a world of plant enthusiasts aspiring to see the flowers up close but who can’t make the trip to the tropical rainforests of South East Asia.

Rafflesia are an elusive and enigmatic genus of plants that appear to survive in their natural environments against all odds. It is not surprising then, that propagation and domestic cultivation has come with similar challenges. Gardening with these tropical giants requires patience, perseverance and ingenuity but the staff at the Bogor Botanic Gardens have got this recipe just right and the task ahead is in good hands.