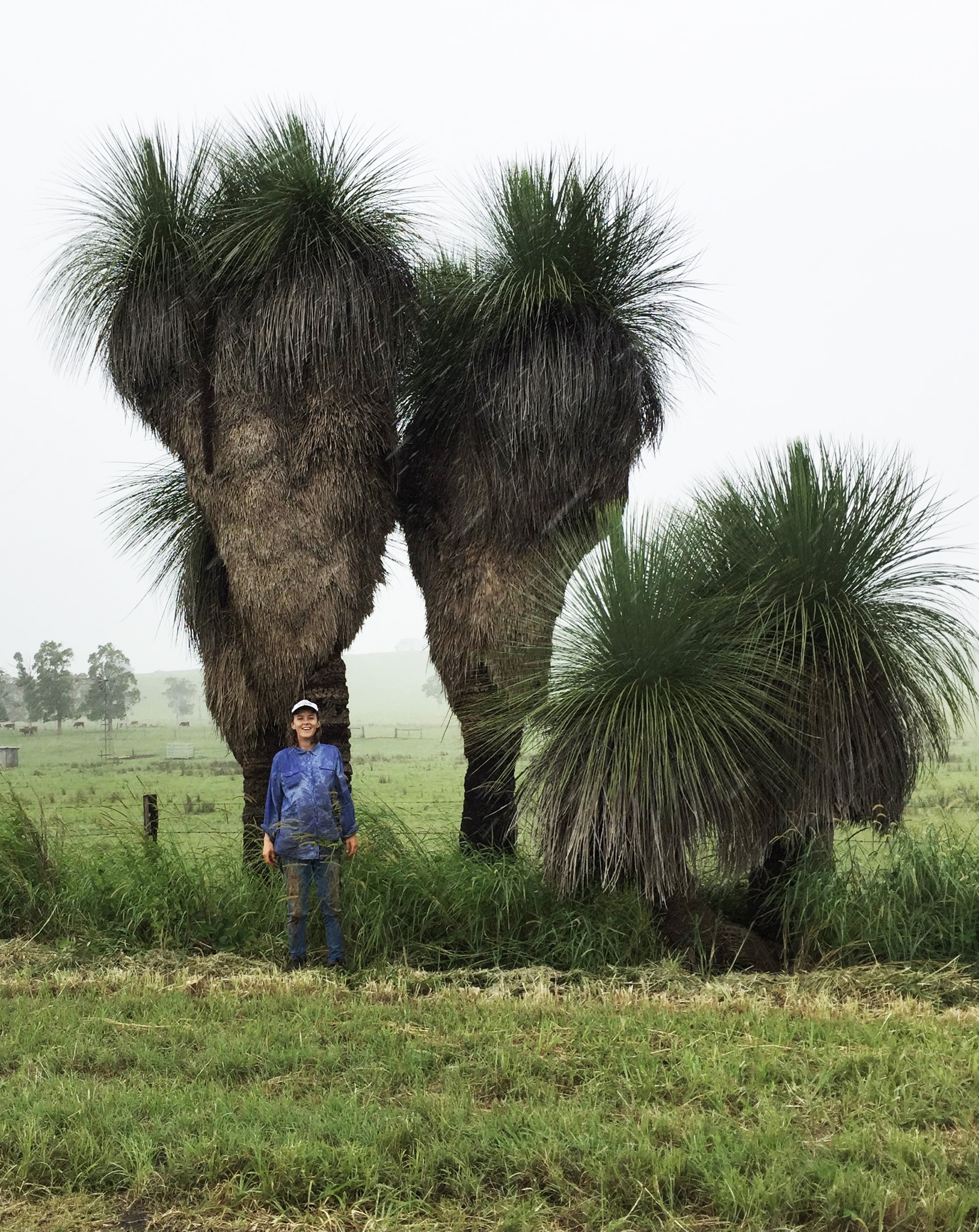 The Australian Institute of Horticulture “Student of the Year 2021” was awarded to Lucy McClymont in recognition of her studies and efforts in raising awareness of the importance of horticulture in today’s world.

Lucy, originally from Orange and now living and working in Lismore in the Northern Rivers region of NSW, is 34 years old and a true plant person. She has a real passion for everything botanical, and the role the horticulture industry plays in the awareness of the natural world which she shares on social media via The Garden Post. She is also something of a mentor to her younger co-workers.

Lucy’s father was an orchardist and her mother is a Landscape Designer in the Central Tablelands. At 16, Lucy started work at her local nursery but saw herself essentially as a footballer. Soccer was her passion then and she ended up playing for Sydney Uni where she was studying medical science. But relatively quickly horticulture called her back.

At the age of 28 she decided to apply to Kew Garden for a three-month internship which, to her surprise, she obtained from January to March that year. Lucy stayed in London for a further six months, working in a retail nursery and visiting as many English and European gardens as she could before making her way back to Australia.

Since then, Lucy has worked in both retail and wholesale nurseries, and finally for the past two years, has worked in the landscape sector in the Lismore area.

Last year, due to Covid, Lucy completed a three-week, online Botanical Training Program course with the Australian Herbarium in Canberra which inspired her to seek a greater understanding of the botanical world.

I questioned Lucy about the horticultural industry, in particular its strengths and its weaknesses, what she loves about it and areas she sees need improvement.

For Lucy, the industry’s greatest strength is the people and their passion for plants, nature and generally being outdoors. A passion that translates into shared joy, providing invaluable human connections through gardening. In her own words, “the horticulture industry promotes our connection with people through plants, and we all know how important this green relationship is, particularly in this day and age.”

Lucy says the industry is well placed to contribute to the climate change challenge facing us all, through our shared knowledge of plants, soil, weather patterns and more, and this makes us ideally placed to monitor changes and help implement adaptability strategies.

She sees the main weakness as being around horticultural education. Lucy believes that due to our aging industry, we need to encourage and entice young people to join and participate. She would like to see more incentives to study horticulture at school-age level, and for the industry to be better at promoting its strengths and dynamism to the younger audience.

For Lucy, there has been a general dumbing down of horticultural studies which has the flow-on effect of reducing the professional identity of the whole industry.

As for her future in the industry, she hopes it will be long and fruitful, sharing her passion for plants with others. She would love to help promote the positive impact that horticulture can have, not only on people’s lives at all ages but for the protection of biodiversity and the importance of all the green spaces that exist, in both the urban setting and in the natural environment.

“Our own species need protection and help to survive loss of habitat, increasing development and a changing climate, mostly in view of the 72% decline in Australian threatened plant populations which occurred between 1997 and 2017,” said Lucy.

She would love to see more variety and trials of plants for ornamental purposes. With, on average 2000 new plant species discovered worldwide every year, 77 new vascular plant species were found in Australia in 2020. She sees this huge amount of genetic material waiting to be found could not only have outstanding garden potential but could be the source of new medical, textile and food uses.