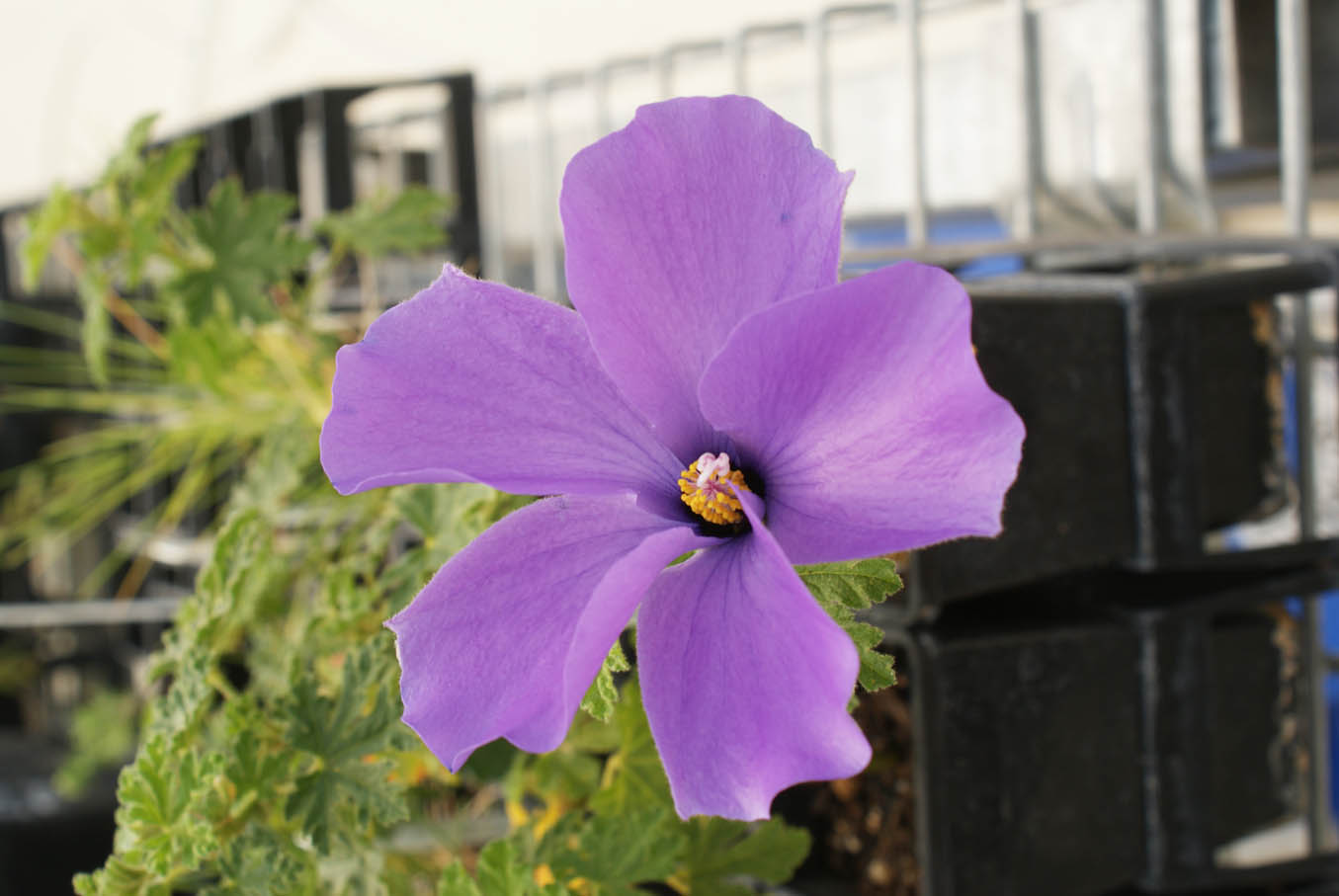 In the greenlife industry, propagation is thought of in many ways. It is an industry segment largely dominated by learned and/or practised people often specialising in particular plant categories or families. It is also an activity carried out by many production nurseries generally. Propagation is essential to our industry because it provides the new material for the next wave or generation of product to sell to our customers. It is always the start of that cycle but it is also a process that is the start of something better.

Plants are important, the rest of us in the animal Kingdom wouldn’t last long without them. Plant reproduction is therefore also vital, so our propagation of plants to deliver the benefits we all know and value is pretty important. To work in this segment, you can dig deep for greater knowledge and scale the heights of discovery as a biologist, biotechnologist, geneticist, botanist or related study. Or you simply accept the gift of ‘green fingers’ that bring life to plants. As one pundit noted, “Be prepared for failure, it’s not always going to work …. even if you’re doing everything right, plants don’t read textbooks.”

Nevertheless, since we started helping plants to reproduce, our knowledge base has been continually expanding and there have been a couple of momentous steps forward along the way. Our technological toolbox has also expanded greatly, yet that collective capability is still growing and yet to be applied across the broader plant kingdom. One of the world’s most accessible communities in these endeavours is the International Plant Propagation Society (IPPS) which espouses the simple philosophy ‘sharing plant production knowledge globally’*.

So, there is a wealth of plant propagation knowledge and perspectives in circulation, some of it general and some of it highly species-specific. In many cases there have been remarkable technical breakthroughs for which the circumstances are not yet complete for their full impact to be realised, as high costs and limited local skillsets are often involved. Understandably, the arrival, recognition and adoption of information can therefore be more gradual than sudden. There are however some discernible trends and seachanges underway against a background of (the) two primary forms of plant propagation – sexual and asexual. The former has been observed as the most prevalent in nature. The latter, utilising plant vegetative parts, is commonly employed in our industry to produce high quality pest and disease-free nursery plants carrying the genetic characteristics of the mother plant/s forward.

The commercial imperatives and rewards in production horticulture (fruits and vegetables) can often support higher cost options. The higher demand and retail values of some Families and Species in ornamental horticulture can justify more costly or innovative advances, and it largely depends on the species and where the innovation can be applied along the supply chain. Viable returns might only be realised at the original point of innovation, or by some of the vertically- and/or horizontally-integrated global conglomerates best positioned to ‘monetise the potential’.

One area where returns are quickly growing is in ‘crossover’ markets where ornamental species may be also valued for medicinal or dietary purposes. Think of it as the values that quickly multiplied when Bob Marley’s reggae music also gained favour in mainstream markets, likewise when various country & western artists were also recognised by mainstream Top 40 or Top 100 sales charts.

In the genus Dracaena, more than 100 trees and shrubs are recognised including Dracaena draco (dragon tree). It has long been well regarded in ornamental circles but its bark and sap has also been referenced for centuries in pharmaceutical contexts, including embalming and more recently, luxury skincare. Therefore, a higher interest and value is being placed on recent research which resulted in a more efficient invitro procedure to enhance bud induction, shoot and root development, and acclimatisation of new young plants. The procedure resulted from experiments with various growing media and different concentrations of the plant hormone IBA. The value of improved propagation is further inflated by the trees’ increasingly rare status.

Improving any propagation system is usually about reducing the time and labour involved, and about improving the statistics relating to successful outcomes, e.g., higher percentages of successful propagations etc. Despite its acknowledged poisonous risks, Nerium oleander (oleander – pink, red and white) remains a common and commonly traded ornamental shrub in Mediterranean climates (including large parts of Australia). Well-developed root systems from cuttings that support successful establishment are critical for success. Recent research considered the length of cuttings and number of nodes, IBA hormone use, and shading regimes during propagation. Longer, 10-14cm, 3- and 4-node cuttings (vs 2-node, 8-10cm cuttings), produced more roots, while plants ‘forced/shaded’ earlier, resulted in earlier flowering. This allowed propagators to provide the market with healthier, flowering plants before their competitors while also reducing water requirements during propagation.

Phalaenopsis has been one of the most successful retail greenlife categories in recent years in Australia, especially with the growth in apartment living and confinement during lockdowns. The regeneration of ‘protocorm-like bodies’ (PLB) is recognised as an efficient technique for orchid propagation. However, the carbohydrate characteristics of growing media and light spectrums can affect success. Recent research (Mehraj H. et al, Horticulturae 2019) suggested a combination of red/white LED light, plus sucrose, produced the maximum number of PLBs. Other combinations also produced reasonable results, sometimes with caveats or limitations.

These are very specialist areas, so the complete research should be properly interpreted and considered in your particular circumstances before adoption.

Similarly, a lot has been written over about two decades on the subject of ‘synthetic seed’, which has been described as ‘consisting of tissue-culture produced embryos encased in a protective coating’. It has also been explained as ‘an entity formed by the union of a somatic embryo with a semi-solid support matrix, such as agar, within which it may be stored and disseminated, and within which the embryo develops further into a viable plant’. Synthetic seed has been touted as one of the most promising tools of plant biotechnology, with synthetic seed-derived offspring always true to type to their source plant (no new types of heterozygosity are generated). The heterozygosity already existing in the mother plant is always transmitted in all synthetic seed-derived offspring.

It’s an idea that can send many propagators straight to their reference library, genetics advisor or internet search (go for it!). There’s not a lot of understanding at everyday level, and some fear that such an idea might sooner benefit the world’s plant genetic monoliths. Not surprising then, that some observations made in the last year or two suggest that ‘optimism for these scenarios has faded, at least for the foreseeable future’. The main challenges to widespread adoption appear as high costs associated with challenging methods, the “paramount” need for sterile conditions, expensive facilities and equipment, and a quantum upskilling (or attraction) of people. Simply, it is expensive. There are also reports of inconsistent results. This writer is not equipped to comment further.

On a brighter note, the potato industry saw the arrival of ‘micro tubers’ in the 1990s. They were initially regarded as more expensive than conventional potato ‘seed’ and may be offering no clear advantage/s. Nowadays, they are the standard, underpinning healthy, fast-growing and uniform crops. Production has been streamlined by linking the idea to ‘aeroponics’, a branch of the diverse field of hydroponics. The physical incarnation of this system is surprisingly simple in concept, ideas ready grasped by most practical farmers and growers.

The point perhaps is that science has its role but our propagators may get a bigger and faster return on investment by focusing on the enterprise already under their own roof.

Which all but delivers us back from the laboratory to the greenhouse. Greenhouse Grower has identified a small suite of key trends currently in train (Covid 19 notwithstanding). They include: