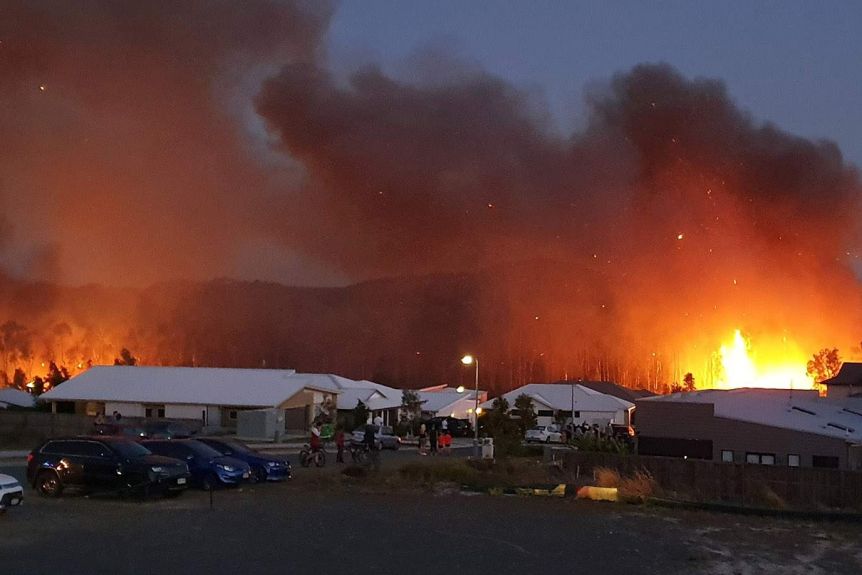 The bushland surrounding its coastal communities is one of the major attractions of the Noosa area on Queensland’s popular Sunshine Coast. However, after being evacuated with 7000 others as a wall of flames bore down on Peregian Beach in spring 2019, The Retreat operators Dan and Nora Gleeson vowed to take action to better protect the resort against future bushfires. This is how a simple coastal project has now reinforced what recent turf research and fire authorities know, that the use of turf is highly advised as a firebreak because of its fire-resistant properties.

Dan and Nora Gleeson have worked closely with Noosa Council to navigate planning and environmental laws and install a 10m wide strip of Nara Zoysia turf as a living fire break.

It’s a move that I Love Turf owner, Mick Cutts, expects to be replicated across the Sunshine Coast and in other areas where homes are at high risk of impacts from bushfire. But he warns it will take a concerted effort from all turf growers to educate consumers and tap into this market.

Mick said not enough homeowners know about all the benefits of turf, especially native types like the Zoysias.

“If I asked 100 people if they know what Nara Zoysia is, 99 or 100 would look at me blankly and have no answer,” he said. “But if I ask about Sir Walter (Buffalo), they’d all say yes. We need to do something about that.”

The Retreat is a collection of twenty one, one, two and three-bedroom beach houses at the northern end of Peregian Beach. There is an environmental park to the north and a 70m wide belt of native scrub along the dunes, separating the resort from the beach to the east.

Many of The Retreat’s buildings and structures had been built right up to the edge of the property boundary, leaving very little clearance and making it impossible for emergency services vehicles to reach that side of the resort.

“Due to the instability of that area in the dunes we needed to have something to hold the sand there,” Michael said. “The compromise was, and usually we don’t approve turfing because we can mitigate fuel in other ways with low-growing native shrubs, the agreement and the outcome was to turf it to allow vehicle access.”

The Gleeson’s approached Mick and told him what they were looking for – a low maintenance firebreak on sand dunes, and they chose Nara Zoysia.

One of just two commercially available Australian native grasses, Nara Native Zoysia thrives in coastal environments. It is also known for being attractive to wildlife and its deep rhizomes make it resistant to damage from grazing wallabies and kangaroos.

A lot of planning went into the project. A tree arborist helped prepare the environmental management plan and was on site during the clearing work, along with a native flora and fauna spotter.

The trees were pushed over, mulched on the spot and Harley raked into the ground. Mick said the next step was to spread about 8 tonnes of compost over the site, incorporate it and install the irrigation system.

“Then we mobilised, supplied and installed the grass and rolled it,” he said. “It had the LawnPride Under Turf Starter underneath and the Maintain over the top. It was a tricky, tricky project with the sand and the hills, so there was lots of hand prep work as you work your way out.”

The turf was pinned on the steep hills with biodegradable pegs and then the Gleeson’s watered it every day for about four weeks.

“That was probably a bit excessive, but we got an amazing result,” Mick said. “I’ve been back to see it along with the agronomist from Greenway Turf Solutions and a couple of other people.”

Dan said it was worth every cent of the cost, which totalled $18,000 for clearing and site preparation and $17,000 for the turf. The project also had the backing of all twenty-one of the beach house owners who wrote letters of support to council.

“We chose the Nara Zoysia mainly because of its low mow, salt tolerance and drought efficiency, because it actually went straight onto pure sand,” Dan said. “It looks fantastic even though it’s dry here at the moment. It’s going great guns. We mow it about every two weeks, fertilise it every eight weeks and that’s all we’ve done to it, really.

“We’re very pleased with the firebreak, but also the additional benefit of an enhanced wallaby habitat is really nice. These timid native marsupials live in the sand dunes, water at the creek and now feed on the grass!”

Michael cautioned people against seeing The Retreat firebreak as a precedent, but encourages others interested in putting one on adjacent council or crown land to apply to Noosa Council. Each request would be assessed on its merits, he said. However, local planning laws permitting, there’s nothing to stop people from creating a firebreak like this on private property.

TurfBreed Queensland business development manager, Daniel Pieper, said there’s at least another 12km along the coastline between Peregian and Noosa that would benefit from turf firebreaks between properties and bush.

“Potentially we have the opportunity to do a firebreak around much of the coast of Australia,” he said. “That’s going to take a lot of turf!”

Black summer won’t be the last

The Peregian fire started on the afternoon of September 9, 2019, near Peregian Springs. Strong winds pushed it to the northeast, towards Peregian Beach.

The Retreat operators Dan and Nora Gleeson saw the smoke and followed instructions from authorities to ensure the safety of their guests and themselves, as the danger came closer.

“It started inland but it did end up on the water as well,” Dan said. “We were lucky. We did get evacuated, but the firies managed to stop it about 2km away from coming up the beach to us.”

It took more than 200 firefighters two days to control the Peregian Springs blaze. At the time it was one of 50 fires burning in New South Wales, with another 80 in Queensland (QLD). Miraculously, no lives were lost at Peregian; only one house was destroyed and another damaged.

Speaking afterwards, QLD Fire and Emergency Service Acting Assistant Commissioner, Michelle Young said many people had told her they were caught off guard by the ferocity of the blaze and the “raining fire” from ember attack.

“The further you move toward the coastline, (a person) is less likely to have a bushfire plan because people don’t think it’s going to happen to them,” she told ABC Sunshine Coast. “If we go more out west … they’re more prepared.”

The horrendous fire season continued into 2020, burning more than 24 million hectares of bush and farmland across Australia, thousands of homes and directly claiming 33 human lives, as well as killing or displacing 3 billion animals, according to the Bushfire Royal Commission report released in October.

Overall, the fires caused an estimated $10 billion of damage.

“Australia needs to be better prepared for these natural disasters,” it said. “They may not happen every year, but when they happen, they can be catastrophic. The summer of 2019‑2020 in which some communities experienced drought, heatwaves, bushfires, hailstorms and flooding, provided only a glimpse of the types of events that Australia may face in the future.”

A Hort Innovation report, Conveying the benefits of living turf – a bushfire retardant, said the severe fire season brought renewed attention to the importance of bushfire planning and preparation. Based on research for Turf Australia by CSIRO and GHD, the report identified two knowledge gaps that present opportunities for the Turf Industry.

“In addition, while synthetic turf is increasing in popularity for use in gardens and outdoor spaces, little consideration has been given to its suitability for landscaping in the context of bushfire planning. These two knowledge gaps begin to be answered by this project.”

Research confirms what fire authorities already know, supporting the use of turf as a firebreak because of its fire-resistant properties.

The report stated that well-maintained lawns have the potential to resist fire by not sustaining ignitions during ember attacks, in contrast to some other groundcovers used in landscaping.

Testing of the three main types of commercial turf used in Australia, Buffalo, Couch and Kikuyu, found watered, actively growing, mown lawns were not combustible “under any conditions associated with bushfires”.

The only danger occurred when they were completely dead and extremely dry. Even if water-stressed, an area of lawn free from flammable materials can provide a defendable space near homes and other infrastructure to interrupt the path of surface fire, reduce the risk of radiant heat and direct flames, and allow for embers to be safely put out.

The report recommended turf industry participants develop marketing materials to promote the use of turf as a fire wise component of landscaping. It suggests a guide to landscaping for bushfire protection focusing on turf as a material that slows fire spread and supports suppression activities.

“This could include turf types and maintenance appropriate to (different regions) where turf can be an important part of bushfire protection planning,” the report said.