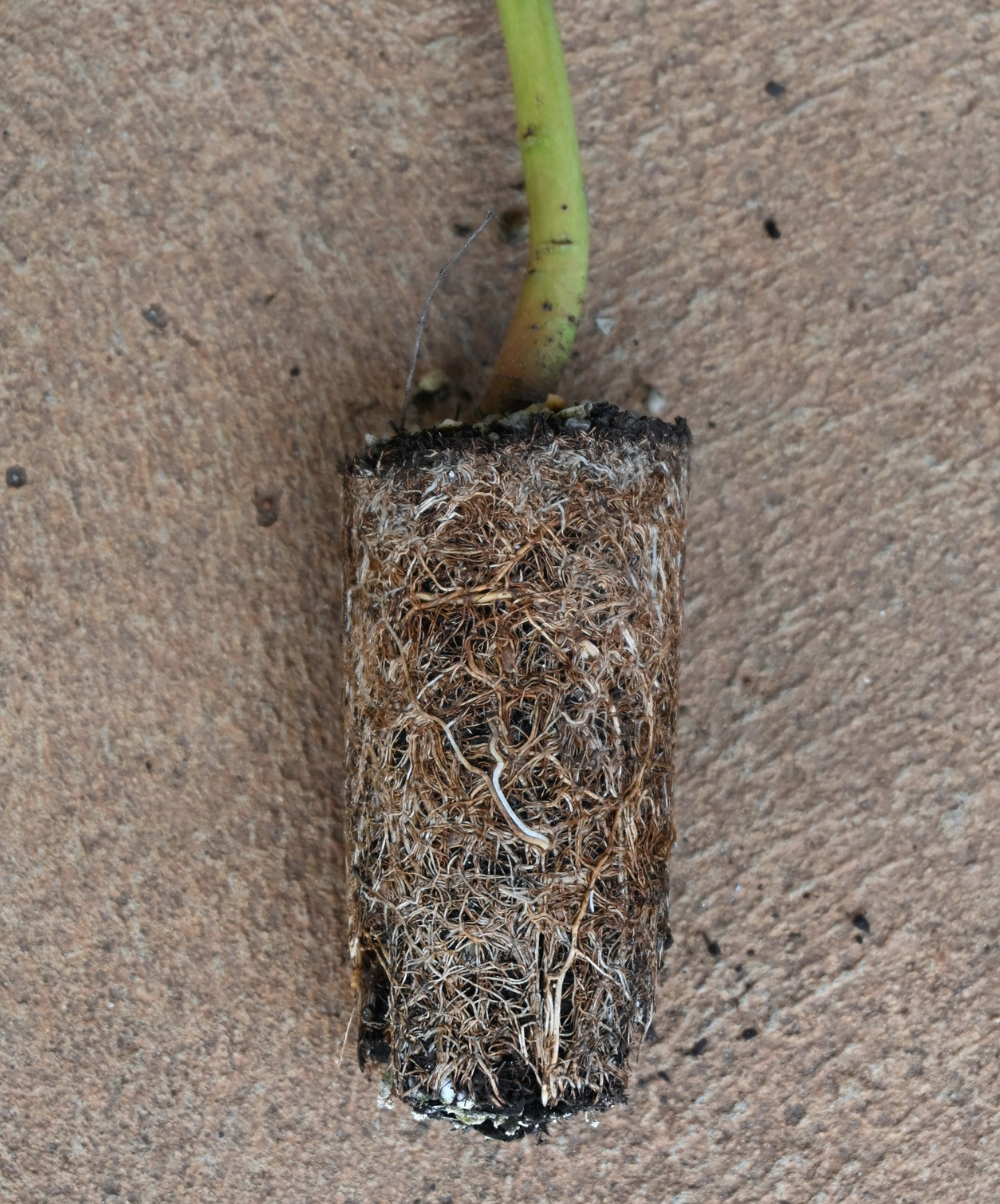 Container growing has revolutionised the way we grow, distribute, and utilise plants. Allowing for greater convenience in transport and options for creativity when displaying plants, containers come in all shapes and sizes but choosing the best option can be a challenge.

The topic of pots may not seem all that important, but from germination, the striking of a cutting, or the deflasking of a plantlet grown through tissue culture, the containers that plants are grown in can have a lasting effect on their health. The cause of death of trees years and even decades old can often be attributed to their treatment early in life at the nurseries where they were raised.

There are many ways a plants’ long-term health can be compromised during their infancy, from poor nutritional practices to incorrect training, but one of the biggest issues relates to compromised root systems and ‘pot bound’ plants. The phenomenon of pot binding has been given good exposure over the years and just about every gardener knows how to recognise a pot bound plant. When removing a plant from a container a mass of girdled and spiralling roots is a sure sign you have a pot bound plant.

The issue arises when plants are left in containers too long. Roots form an outward facing network within their containers but when reaching the edge of a pot, run out of space to grow. There may well be space for more roots within the centre of the pot but the oxygen-rich region where media meets plastic is an appealing area to continue growth. So, roots will track around the container continuously, forming a spiralling mass on the outer root ball with very few roots appearing within.

The awful thing about pot bound plants is that the negative influence may not be noticed for many years, until a plant dies prematurely. Root spiralling does not correct itself once plants are put into the ground, instead the pattern continues. Where a healthy plant would quickly establish a far-reaching network of roots to extract water and nutrients from soil, pot bound plants continue to grow in a constricted mess. They may appear quite happy when well-watered and fertilised, but should they ever be put under stress (subjected to water restrictions for example), the compromised roots fail to provide adequate resources to the plants above. The end result is often death.

It is a gloomy prospect, but a couple of silver linings on the topic include that it can be partially remedied if picked up at the time of planting. By cutting through the spiralling tissue and teasing the roots to face outward when planting, they will be encouraged to resume normal growth, although rarely will these roots perform as well as those of plants without the issue in the first place. Being pot bound is also unlikely to cause any major issues for plants classified as monocots. Monocots are a large group of plants that include grasses, palms and many of our strappy clump-forming species which naturally form masses of fibrous roots unbothered by root spiralling.

Container manufacturers have also had time to come up with some clever ways to alleviate the issue. If you feel around the inside of good pots, you will notice small vertical ridges designed to impede spiralling and direct root growth toward the bottom of the pots. It is a valuable feature but a short-term benefit. Newer designs utilise aerial root pruning, where pots have open exposed holes or ridges around the outside of the pot. When roots start to grow around the pot, they are exposed to the pockets of air where they dry out or are ‘pruned’, leaving healthy outward facing tissue behind. These pots have demonstrated fantastic results in growth rates and successful plants when used in the field, but due to the extra exposure to air, need specifically formulated media with lower air-filled porosity to stop the media from drying out too quickly.

With all the issues of plants getting too big for their pots, it is easy to question, ‘why not put them straight into something bigger?’ Well, firstly if the plant fails, it is a lot of wasted space and media but there is another reason.

To explore this reason, consider this – if you have a flat nursery tray with a volume of three litres and a three-litre pot filled with the same media, which will hold more water? It is a question I pose to students every term and after enthusiastic debate the issue is settled with a wet sponge. Holding the saturated sponge flat, I allow it to drain. When finished there is usually a centimetre or so of the bottom of the sponge that remains saturated. I then turn the sponge on end, which allows more water to drain, until again, about a centimetre remains saturated at the base of the sponge.

The same thing happens within pots. A shallow wide pot will hold more water than a narrow deep pot. So, putting a small plant in a large pot, you are having to supply copious amounts of water to ensure it is within reach of the plant – meanwhile a layer at the base of the pot remains saturated becoming anerobic over time and a nasty surprise for plant roots if they ever make it there.

So, best practice is clear – most plants are best raised in small containers and potted on at various stages before they become pot bound. Some of our natives, including many eucalypts and acacias benefit from avoiding the root disturbance of potting on altogether and are best planted from their initial tubes or plugs straight into the ground. It’s a familiar tale that what nature has done successfully for millennia has proven challenging for humans, but we are getting pretty good at it. For more valuable information on how to get the best from your container grown trees, you can also check out the Australian Standard AS 2303:2018 Tree stock for landscape use.