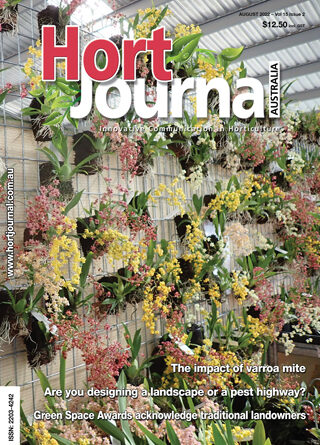 The State of the Environment report (SOE) released in July 2022 certainly reminded us of the challenges we face overcoming a stressed environment. Impacts on biodiversity caused by habitat loss, degradation and introduced invasive species continue to contribute to extinctions and deteriorating ecosystems. According to Dr Helen Murphy, CSIRO Principal Research Scientist, biodiversity is essential to a resilient natural environment, and to human survival, wellbeing and economic prosperity. Dr Kristen Williams, another of the SOE authors, said the widespread reduction in capacity of native vegetation to support Australia’s unique biodiversity is exacerbated by declining habitat quality, climate change and the prevalence of invasive species. The overall state of Australia’s land and soil is poor.

The World Economic Forum’s Global Risks Report 2020, states the top five global risks are environmental and climate related. In 2019, the Global Commission on Adaptation estimated that a US$1.8 trillion investment in climate adaptation could generate US$7.1 trillion in avoided costs and net benefits. Climate adaptation and mitigation efforts include nature-based solutions. The Horticulture industry is part of the solution whether it is designing, repairing a landscape or improving the built environment, indoors as well as outdoors.

Later this year, the United Nations Convention of Biological Diversity will hold a series of meetings, the last for the year being in Canada. While there is much talk of nature-based solutions to climate change for example, not a lot has been done at a large scale. Governments, according to the UN, have a rare opportunity to link COVID-19 economic recovery to environmental sustainability and a green pandemic recovery. Global biodiversity is a key element of a healthy environment. To promote a healthy environment, listed milestones include protecting a target of at least 30% of land and sea areas, especially areas of particular importance for biodiversity. Reducing soil nutrient loss and pesticide use is another target, as is eliminating the discharge of plastic waste.

The UN Convention on Biological Diversity also encourages a 50% or greater reduction in the rate of introduction of invasive alien species, and control or eradication of such species to eliminate or reduce their impacts. As I write this, apiarists in NSW are struggling with the incursion of Varroa Mites. It was reported that the loss of honeybees in Australia could cost the horticulture industry about $50M.

While we’re on the subject of invasive insects, I noticed the results of a European field trial for biological control of the brown marmorated stink bug (Halyomorpha halys), an Asian species that has invaded Europe and the US. The control was a small European native parasitic wasp (Anastatus bifasciatus) that lays its young in the eggs of the stink bug. Results are encouraging say the researchers. Of course, no one is suggesting Europe should export wasps. I still remember cane toads.

Have a great month, and I hope the weather is milder for everyone.