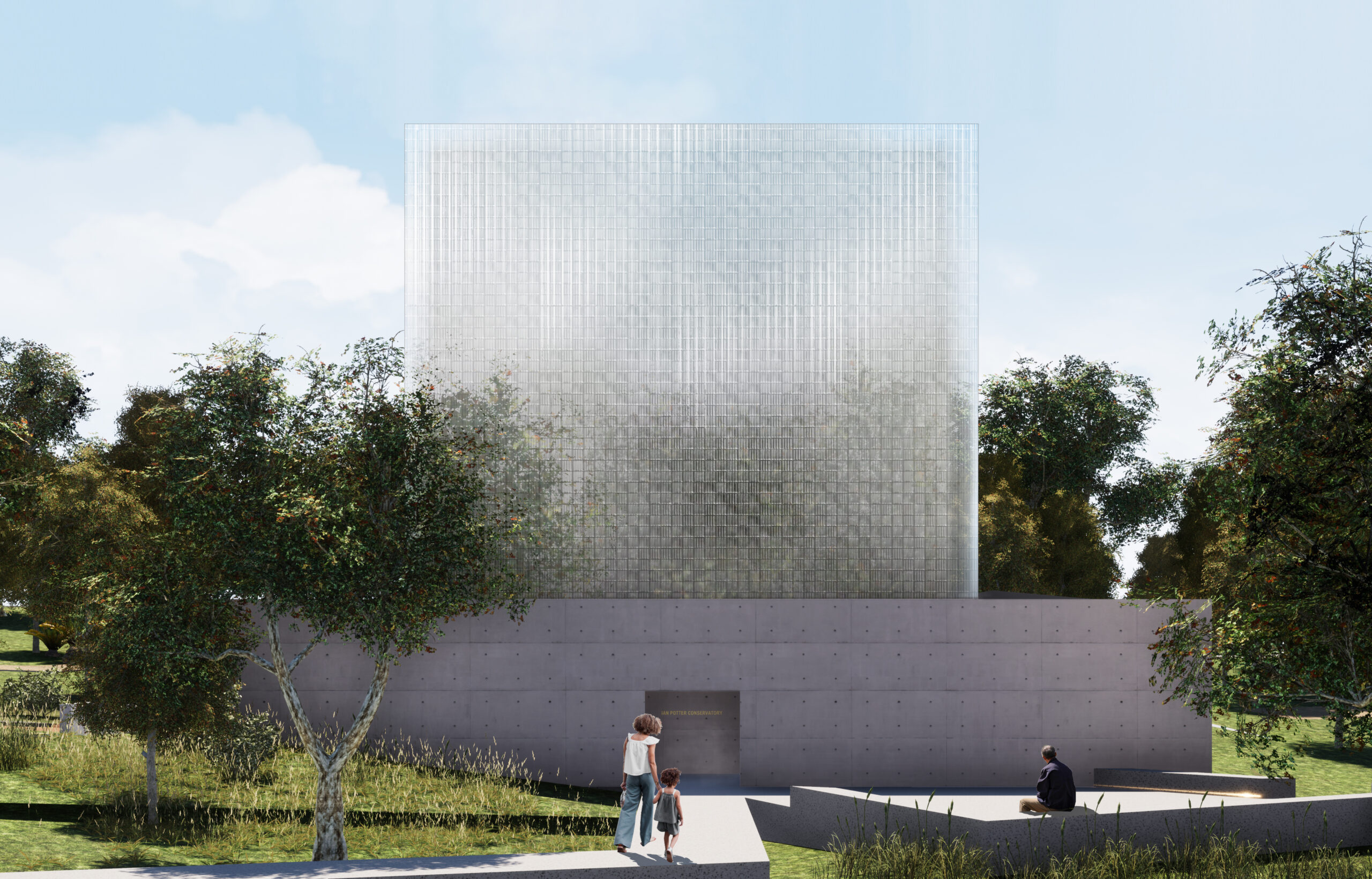 The Ian Potter National Conservatory (Conservatory) is the first major development from the Australian National Botanic Gardens’ (ANBG) 20-year Master Plan, announced by the Australian Government in June 2015. The Conservatory will be a national and international showcase of some of Australia’s most beautiful and unusual tropical native flora.

The Conservatory will feature tropical plant species from Kakadu National Park, the Wet Tropics of northern Queensland and Christmas Island. It is expected to be a major tourism drawcard while also operating as a world-class research facility for rare and threatened Australian tropical plants. The Conservatory’s stunning design is the result of a national competition won by Sydney-based architects CHROFI.

The design of the Conservatory has been completed. Project Coordination Australia will undertake the build over the next 18 months.

Over several years, a range of extensive design and testing has occurred as this is an entirely new type of Conservatory that will feature world-class design and sustainability concepts. The unique design of the Conservatory will showcase an extensive range of Australian tropical plants, many that have never been cultivated before that were sourced from places such as remote areas of Kakadu and Christmas Island national parks.

The expertise involved in the design of the Conservatory has seen some of Australia’s leading experts come together in the project, such as architects from CHROFI, environmental engineers, landscape architects, light modelling experts, the Gardens’ tropical plant expert, Joe McAuliffe, and a leading tropical plant physiologist from the Australian National University, Dr John Evans.

Thanks to funding from the Friends of the ANBG, the ANBG has appointed Trigger, one of Australia’s leading interpretation consultants who will work with the Gardens staff to design the interpretative elements throughout the Conservatory.

The visitor experience will be supplemented by a specially designed Soundscape that will provide sounds captured from Kakadu and Christmas Island, and will be distributed at various layers in the rainforest canopy to recreate the effects of birds and wind in the trees, along with the rustling of leaves and frog calls from the forest floor. The Conservatory will also feature special lighting systems to highlight the plant collection that will be used for ticketed night tours.

The Conservatory will allow the Gardens to increase the number and diversity of Australian plants on display in its unique living collection. It will also provide a safe haven for numerous threatened species into the future. As visitors enter the Conservatory, they arrive in the 17m high Rainforest Chamber that features plants from northern Queensland’s wet and dry tropics. The King Fern, Angiopteris evecta, will spread its large fronds and the characteristic silhouettes of the leaves of the Fan Palm, Licuala ramsayi, will enhance the tropical feel.

Visitors will meander through the forest floor on a boardwalk, where the spectacular flowers of the native turmeric, Curcuma australasica, will make an appearance during the wet season. It will take some time for a canopy to develop in this space and nursery staff are currently growing plants in the old display glasshouse, and sourcing larger plants from outside suppliers, to add height to the initial plantings.  Several plant chandeliers will hang from the ceiling displaying epiphytic plants. Nursery staff are experimenting with different epiphytes and media to find what will best suit the conditions.

A system of racks and shelves will form the basis of a ‘plant library’, displaying rare and threatened species from Kakadu and Christmas Island national parks – many that have never been cultivated before. This system will also provide an opportunity to showcase the work of our research projects. Visitors will be able to get up close to many of the plants on display and they will be complemented by informative interpretation panels.

One of many unique plants will be the critically endangered fern, Pneumatopteris truncata from Christmas Island, which has been grown from the spore collected by ANBG staff. The endangered Hibiscus brennanii, which is endemic to Kakadu will show its stunning bright pink buds that open to paler pink flowers that last for just one day. Visitors will be treated to a range of Lithomyrtus spp. from Kakadu, a group of shrubs in the Myrtaceae family that produce a profusion of pink flowers.

A display from the Tropical Mountain Plant Science project will include rare endemic mountain-top plants from the Wet Tropics. Changing the plants in this space will enable us to display the more interesting and beautiful plants from our holdings in the glasshouses that may not be suitable for long-term display in the conservatory.

Completion of the Ian Potter National Conservatory is marked for late 2022. It will be a world-class and innovative Conservatory and will also be one of the most significant new developments in the history of the Australian National Botanic Gardens.