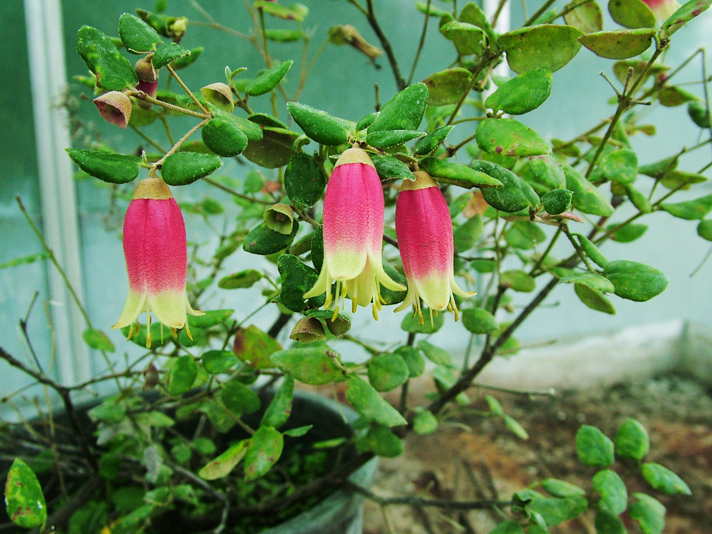 Origin: A chance seedling in the garden of Sarah Caldwell, Mole River Station which is in the Torrington area in northern NSW. It is thought to be a hybrid between Correa ‘Marion’s Marvel’ and perhaps a form of Correa reflexa var. speciosa. The name ‘Federation Belle’ was chosen to commemorate the Centenary of Federation in 2000. Applicant: ANPSA Correa Study Group.

Initially Correa ‘Federation Belle’ appeared to have some similarities to Correa ‘Marion’s Marvel’, however, it is now clear that it has a closer affinity to Correa reflexa var. speciosa.

Cultural notes: This cultivar is fast-growing in cultivation and is very hardy, withstanding frost and drought. It is easy to strike from cuttings. Like other Correas, it attracts birds and responds well to tip-pruning.

Uses: It is suitable for tub-planting as well as foreground planting in garden beds. Availability: Sold at Mole Station Nursery as well as through the ANPSA Correa Study Group. For other suppliers, search on PlantSelect.com.au