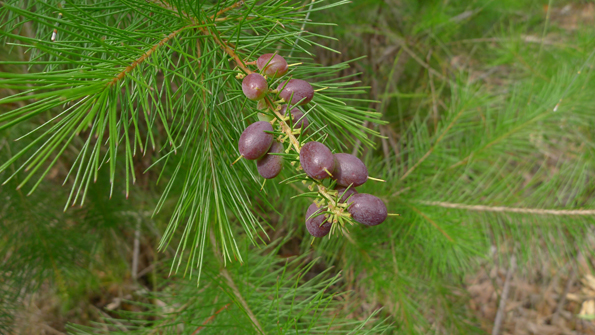 I remember reading Tim Low’s book “Wild Food Plants of Australia” as though gaining entry to a secret society of horticulturists. In those pages, my name was invisibly written, granted entry to that forbidden library of arcane knowledge where edible Aussie plants and fruits were celebrated again after languishing unnoticed for decades, despite the tens of thousands of years they provided sustenance to First Nations people.

Homesick Settlers found substitutes for their beloved tea in Correa alba, learnt how to make coffee substitutes from Acacia longifolia and were soon picking Rubus parviflolius just as once they went berry picking for raspberries in the brambles of England.

Tim Low and his bush foods book was the portal that set me on a remarkable journey of discovery, where I fearlessly would taste every leaf and fruit of every Aussie plant I encountered (spitting out several!) to ascertain what culinary delights were yet to be re-discovered, never being so arrogant to think no-one before me, in over 70,000 years of habitation, had done so similarly.

When I studied landscape design at North Ryde TAFE, I was never encouraged to use Aussie plants, let alone bush foods in my design palette. In fact, I’m confident that my use of Aussie plants in my designs lowered my marks.

So why incorporate Aussie bush foods into Aussie landscapes? Quite simply, to conserve Australian biodiversity. Every bush food a human eats, an Aussie animal also eats. My home is Bunya Mountains, famous of course for being the world’s largest forest of ancient Araucaria bidwillii (Bunya Nut) trees. Nearly every mammal in the Bunya Mountains has evolved with a reliance on Bunya nuts. Red-necked wallabies and possums devour them and in turn, dingoes devour the wallabies!

Bunya Mountains (Bonye Buri) is one of Australia’s most significant gathering places for First Nations people who celebrated the Bunya nut in their triennial Bonye Bonye feasts. Humans, we should not forget, are a significant forager; it’s how we evolved. First came hunting and foraging, then came farming. And where we pooped in the ground, new plants grew from our droppings. Styphelia viridis and S. triflora are perfect examples that confirm that the human gut played an essential role in their germination.

When the First Nations people of Sydney were forced to conform to the conservative ways of the Georgian and Victorian British, foraging reduced, pooping in the bush reduced and Styphelia spp. quickly transitioned from a common plant of the Eastern Suburbs Banksia Scrub, to the critically endangered species it now is. The fruit of Styphelia spp. is known as Five Corners Fruit to the Dharawal and Bidgigal, and it is much revered as a favourite juicy treat. Sadly, it’s unlikely to see out the next century if it’s not propagated and planted in gardens as bush food, as it seems to be less responsive to fire treatment for regeneration, and seems to have a symbiotic relationship with the human digestive system. Persoonia spp. (Geebung) are also tricky to germinate and evidently had a similar reliance on humans eating them.

When we lose an Aussie plant, we lose an Aussie insect species and every other higher order species that prey’s on that insect species. Ecological communities are woven so intricately that when just one gossamer thread is lost, the entire web is weakened. How we as horticulturists and landscapers can do our bit for Aussie biodiversity, is to encourage our clients to start using bush foods in their gardens.

From a gardener’s perspective, bush foods often attract and host butterflies and birds, making them highly therapeutic for children, nursing home residents, people with disabilities and anyone with a stressful job who needs their garden space, as we all do, to recover their mental health. Bush foods often have highly scented foliage such as Prostanthera spp. which attract beneficial insects, making them essential to permaculture gardens, but they also provide an olfactory sense of wonder when brushed by on a path or near a gate or door.

Terminalia cunninghamii (Pindan Walnut) grows near Broome where it is known as the Kumpaja by the Jugun, Yawuru and Jabirr Jabirr people. It tastes like an almond crossed with cashew. It is also endangered. If propagated and commercially popularised and made readily available, it would no doubt share the same popularity as Citrus australasica (Finger Lime) which is also now classified as ‘threatened to endangered in the wild.

With land clearing ever increasing, our Aussie bush foods are disappearing with alarming rapidity. When Steve Irwin purchased Brigalow Belt country to conserve it, he realised the value of bush foods such as Citrus glauca (Desert Lime), which both humans and many fauna species enjoy but unfortunately, is not appreciated by wheat and cotton farmers, who bulldoze it down.

Most Aussie bush foods have attractive fruit such as Davidsonia spp. (Davidson’s Plum) and Pleiogynium timorense (Burdekin Plum), and the majority are also drought tolerant and less fussy than exotics. As focal point specimens, Sterculia quadrifida (Peanut Tree) serves both as a feature and a snack. Dianella spp. mass planted will provide delicate white-mauve flowers followed by blueberries that are higher in antioxidants than exotic blueberries (Vaccinium uliginosum). Blue-tongue lizards will also eat the berries and frogs will use the leaves for habitat.

And significantly, when your client sells their house and the next occupant takes up residence, though they might be clueless about the bush foods in the garden, the insects, birds, reptiles and mammals that visit your garden will all be grateful that a human provided them with habitat, rather than took it away.

Most local native plant nurseries should be able to assist by pointing out which bush foods will grow best in your area, so please start the conversation that will start the conservation!