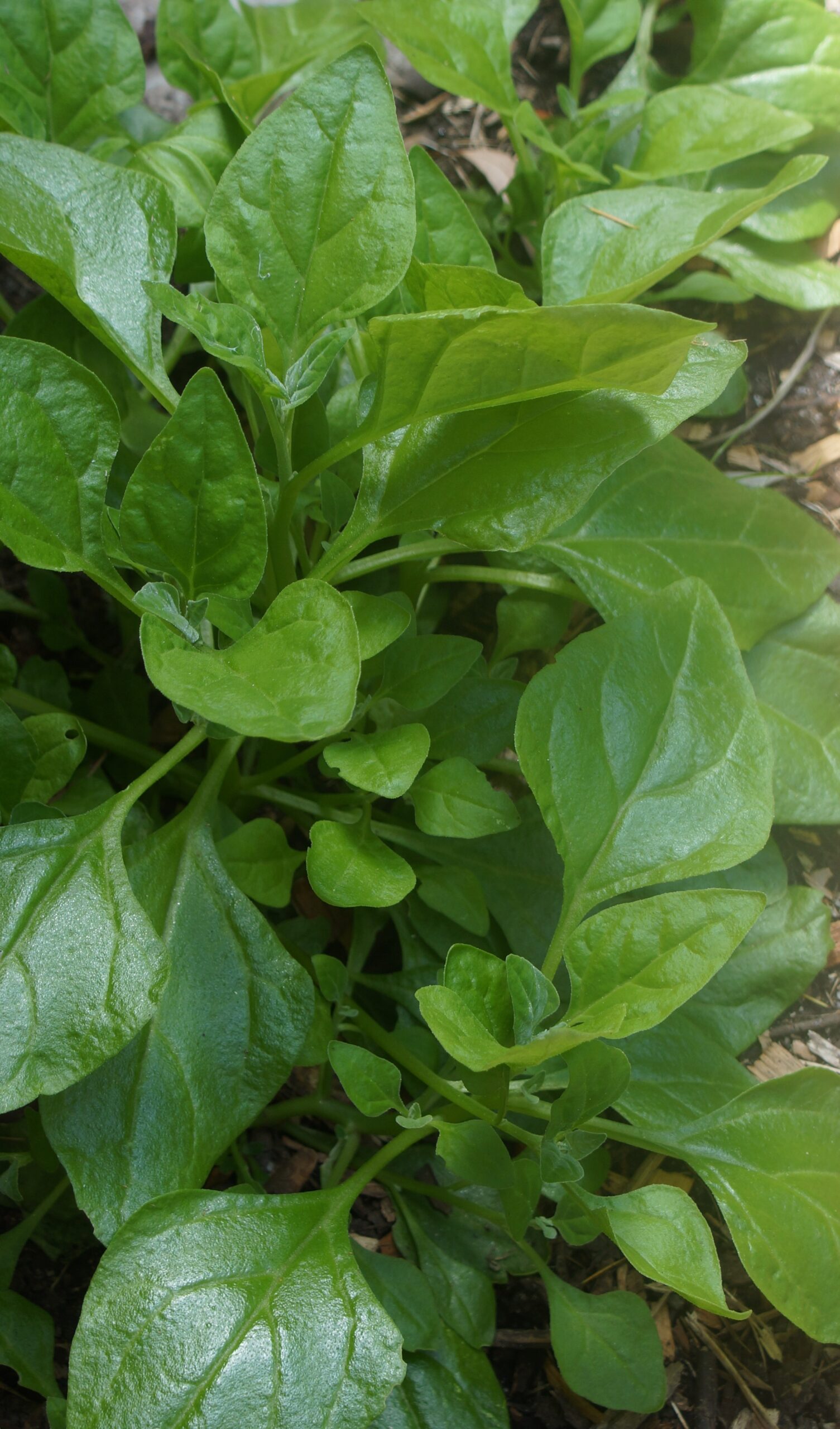 Driven by rising acknowledgement and regard for indigenous knowledge, environmental concerns, and the ever-present search for new taste sensations and culinary experiences, broad interest in ‘bush tucker’ has never been higher. What’s interesting is many edible indigenous or wild plants have been right under our noses all along.

As many indigenous people have pointed out, if you know what you’re searching for or looking at, a walk through the bush can be likened to wandering through a supermarket. For millennia it was their supermarket, but, as in the modern Western world, you had to go to the right places at the right times to find your needs. You also had to, still have to, know the safe and nutritional foods and how to prepare them, and how to differentiate them from unhealthy or even poisonous imitators. Have we learned the Burke and Will lesson yet?

Nevertheless, let’s look at some of the acknowledged options. The plants we might find could be ‘staples’, edible plants that can sustain normal active life or preserve life until a ‘normal’ diet resumes, or plants that provide unique flavour sensations or preservative effects with little real nutrient value.

Some of our most familiar plants in Australia are already acknowledged as food sources. Start with an obvious one, macadamia (Macadamia integrifolia), one of the world’s great nuts and it’s as Australian as! Then move on to the increasingly popular (although spiky) Finger lime (Citrus australasica). These days, who hasn’t heard of Lemon Myrtle’s (Backhousia citriodora) unique flavour or the palate punch of Tasmanian Pepperberry or Mountain Pepper (Tasmannia lanceolata).

Warrigal Greens (Tetragonia tetragonioides), native to Australia and New Zealand are now widely recognised as a nutritious leaf crop used like the familiar spinach, chard, silverbeet or bok choy. Blanched or cooked before eating, Warrigal Greens are also versatile – stir-fried, steamed or in soups and stews. Apparently, its small yellow flowers in spring and summer are also edible.

Murnong, Nyamin or Yam Daisy (Microseris lanceolata) is commonly referred to in records of indigenous diets as a popular and widespread staple, although it is usually described as rare in the wild nowadays. They have milky, white, tuberous roots with a taste described as sweet and coconut-like. They can be eaten raw or baked, used in salads or mixed with other vegetables. The leaves, although somewhat bitter, are also edible.

Succulent-types are commonly cited, including Carpobrotus spp., including Pigface, Karkalla and Coastal Noonflower of which the flesh of ripe fruits can be eaten and the leaves, while salty, can provide some emergency moisture. Disphyma crassifolium, also sometimes referred to as Pigface, is described as a great groundcover, while all parts of this plant are said to be edible. The leaves used for stir-fries, salads and pickling.

Indigenous Australians ate the nut of the Bunya tree (Araucaria bidwillii), native to Queensland, both raw and cooked (roasted or boiled) or fermented. The nuts could also be ground into a paste which could be eaten as is or cooked to make bread.  Bunya shoots were also consumed.

In Melbourne, on the Yarra River bank at suburban Hawthorn, there is a Wurrundjeri indigenous garden hosting food plants and species used for other purposes. Edibles include Austral Clematis (Clematis aristata) with a starchy edible taproot. In fact, roots and tubers, like Western diets using carrots, potatoes, beets etc., were a commonly and widely used staple. Others referenced include Native Geranium/Cranesbill (Geranium spp.), Chocolate Lily (Dichopogon strictus) with edible tubers cooked, and Native Leek (Bulbine bulbosa) with edible roots. Arthropodium spp., including Vanilla Lily, had edible roots eaten by indigenous people, but they were also favoured by bandicoots so they could also be an indicator of their presence as an animal food source.

Naturally, there are many fruits and berries which are seasonally available. Davidson’s Plum (Davidsonia spp.) and Illawarra Plum (Podocarpous elatus) are familiar to many.

AgriFutures Australia records that “Davidson plum has long been a food source for Indigenous Australians and for colonial settlers since the early 1900s. It was wild harvested for many years, and the popularity of the fruit as an ingredient for a range of food products and growing market demand, has seen the establishment of commercial plantations since 1990. Research has shown that Davidson plum has high nutritional value. It has a higher anti-oxidant capacity than blueberry, higher levels of lutein than avocado and a high ratio of potassium to sodium. It is not used as a fresh fruit because of its sour taste, however it is a popular ingredient in a wide range of foods, including jams, sauces, chutneys, cordials, yoghurt and liqueurs. Increasingly, Davidson plum is being used in baked goods and by restaurants.  It is traded as frozen whole fruit, de-seeded halves, puree and dehydrated. There are three species of Davidsonia endemic to Australia.”

Illawarra Plum (Daalgaal, Goongum or Gidneywallum), produces juicy fruits with a grape-like texture and mildly sweet flavour. Illawarra Plum has been regarded as one of the best bush foods by both indigenous people and later arrivals. P. elatus is dioecious, both male and female trees are needed to produce fruit and pollination is improved in close plantings or hedges. The fruits are made up of hard inedible seed and a purple-black berry up to 25mm in diameter. Fruits can be picked straight from the tree but they will also fall to the ground when ripe. They can be eaten raw or used in jams, or in sauces, marinades, baked goods and fruit dishes.

The fruit story can go on forever, including Common Appleberry (Billardiera scandens), from which ripe fruit can be eaten raw, while unripe fruit should be roasted. However, Kangaroo Apples (Solanum aviculare) should be avoided as the fruit can be poisonous unless fully ripe. Certain other Solanum species safely provided bush raisins, sultanas, tomatoes and ‘yellow fruit’.

A family favourite, in jam form, is the famous Quandong (Santalum acumanatum/ accumination), especially appreciated across Central Australia’s desert country. The taste is described as slightly sour and salty, with sweetness varying greatly between individual trees. Two other species are also sometimes called quandong but their fruits are less palatable. AgriFutures Australia observes that, for each 100 grams dry weight of fruit, Quandong has significantly higher antioxidant capacity to blueberry, comparable levels of vitamin E to avocado, 50% of the recommended daily intake of folate, and it is a rich source of magnesium, zinc and iron. Quandong fruit is superior to blueberry for many compounds and has potential for use in creating products with possible health-enhancing properties.

There are quite a few Ficus species producing edible fruits, desert figs, cluster figs, plus the fruit of the very familiar Moreton Bay Fig. In fact, our familiarity with many popular plants may obscure their culinary value. The berries of certain Acmena and Syzygium species have long been recognised as edible and were often used by early European settlers, and the now ubiquitous Lomandra longifolia boasts edible starch in the leaf bases (chewed to release the starch) raw or cooked, and edible flowers. Unsurprisingly, the leaves provide fibre utilised for twines and bags.

And not just koalas value Manna Gum (E.viminalis). It also provided humans with manna (exudate from certain plants and/or insects) for food while its blossom was used to make a drink.

This article has barely scratched the surface and still omitted dozens of bush food sources that are available to, and still used by, indigenous and non-indigenous populations alike. Numerous written references and records date back to the earliest times of European exploration, while the knowledge of Indigenous people survives after millennia. In relatively recent times, books by people such as Jennifer Isaacs and ‘the Bush Tucker Man, Les Hiddins, have provided great introductions and references. Many contemporary references, and real greenlife, are available from a growing number of production and retail sources across Australia. Much commercial potential still remains undeveloped or untapped. So, search and enjoy.

There is a disclaimer needed. Anyone intending eating ‘bush food’ plants (roots, stems, leaves, fruits, flowers or their derivatives), should ensure the plant/s are identified correctly, and are safe to ingest based on information and/or training from reliable knowledge sources and appropriate experience. Avoid plants that may be growing in polluted areas or that have been treated with chemicals such as herbicides. Especially when in culturally sensitive areas, respect indigenous rules regarding access, harvesting and/or sharing of local wild foods. Also remember, if in a survival situation, that an adequate supply of freshwater alone will sustain life for longer than food alone. and even so there are limits in both scenarios.