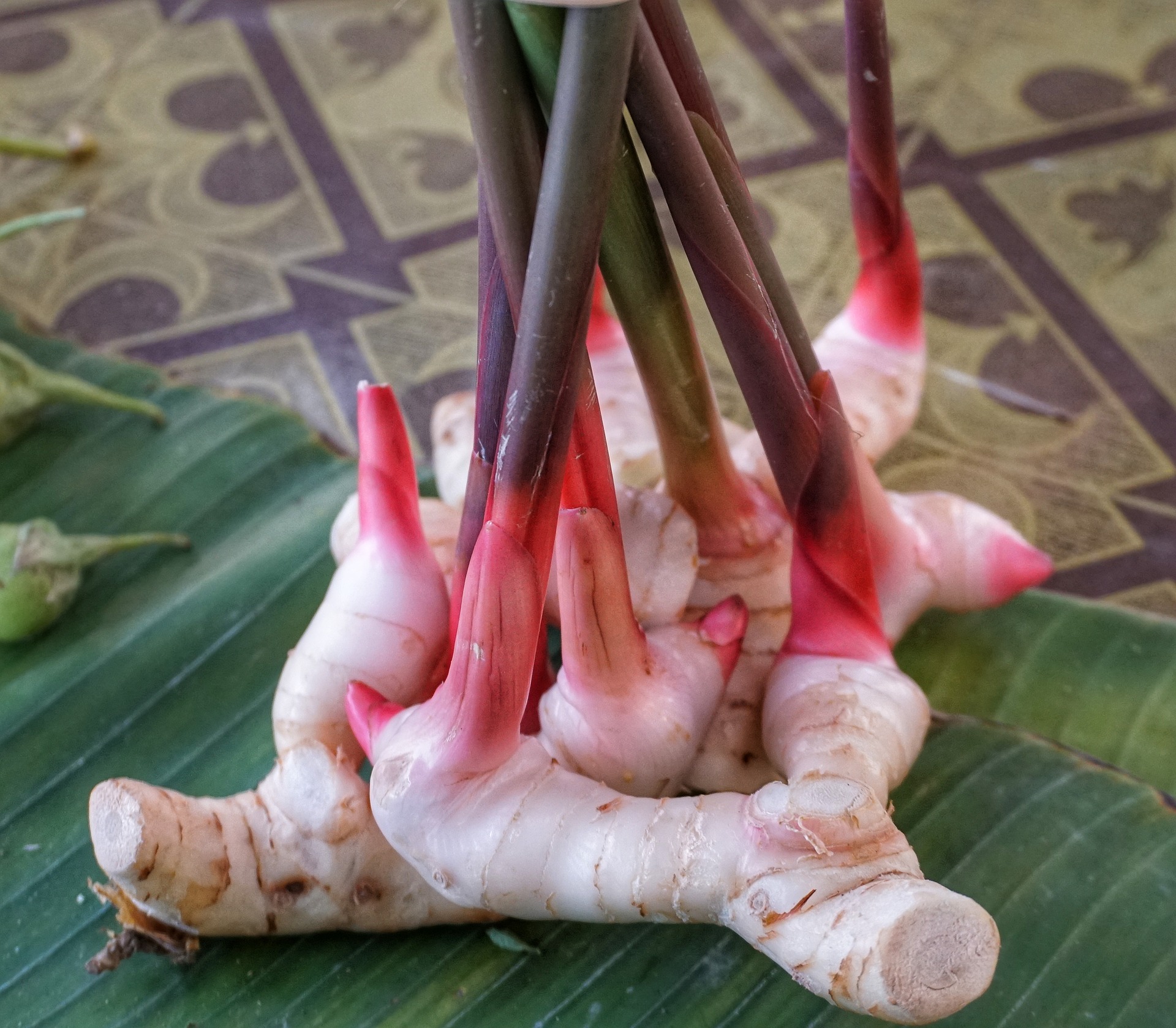 As a botanist with a passion for correct plant nomenclature and growing the right plant, the difference between regular garden plants and the edible/medicinal sectors is huge. Although the nursery industry isn’t known for accuracy in naming and growing correctly identified plants, it does try to get it right.

When it comes to the edible plant sector however, any sense of botanic accuracy goes out the window. One common name will refer to multiple plants, one Latin name may have multiple common names, and can have multiple names with different growers, therefore plants may not be identified correctly. Many plants are simply known by a generic name that covers a range of quite different plants. Finally, they are grouped in ‘families’ which has no or little relationship to the actual botanic Families. It is not until you start digging that you find all the idiosyncrasies.

One such group is the Ginger family. In this group there are several botanical families, the main one being Zingiberaceae or true Ginger. Most edible forms of ginger, turmeric and galangal are part of this Family, with a range of genera and species. Galangal is a relatively new spice to the Australian palette even though it has been in use here for decades. It has been used both as a flavour and as natural medicine in Europe for over a thousand years.

To start with, Galangal is the common name that refers to four species in the Zingiberaceae; two closely related in the genus Alpinia and two other genera.

The last two are still virtually unknown in the average western diet. They are specific for certain Asian recipes. The first two are collectively known as Galangal and are often interchanged. The most common, by a little margin, is Lesser Galangal or Alpinia officinarum. This is easily obtainable in most Asian grocers in the major Australian cities, and even regular green grocers will often stock the rhizomes. Greater Galangal, or Alpinia galanga, is less common but is also starting to appear in grocers and even some nurseries will soon be stocking plants.

Like most species of Alpinia, both galangals make attractive indoor plants, with long green foliage and pretty cream flowers. All parts of the plant are edible, used in a range of dishes and even produces an essential oil that is used in perfumery. However, it is the rhizome (an underground stem with shoots that grow horizontally and has adventitious roots) that is sold and used. Unlike ginger, which is usually sold as a ‘root’, galangal is usually sold with some upright stems present. They range from a white exterior and interior, to a deep red exterior and white interior.

The plants produce leaves and stems from the base and get to around 50cm tall. Under the right conditions, they produce small white flowers at the top of long thin stems. The leaves are 25-60mm wide and 25-35 cm long. The plants like warm, humid environments with part shade to filtered sun (may burn with strong afternoon sun.) They will tolerate cool temperatures if not too wet and only for a day or two but may burn under a light frost. They prefer rich organic soils and are not drought tolerant.

The plant can be harvested for most of the year in warmer climates and over summer/autumn in the cooler regions. The young and actively growing rhizomes are more tender and easier to cook with. It is best to dig carefully at the side of a large clump and pull away the young rhizomes as needed. Unless the plant is getting too large, there is no benefit in harvesting the whole clump, although once tasted, it is hard to hold back and you may need to allow the clump to get large.

Although closely related to ginger, galangal has a more fibrous rhizome and it needs to be removed from the dish before serving. It is best peeled and sliced then added to soups, curries and stir-fries. Each of the varieties has their own flavour. The differences are subtle and they can be interchanged. Culturally, each form comes from several styles of cooking, so are not generally mixed or interchanged. Overall, the flavour is less sweet than ginger with sharp, spicy and more peppery overtones. Look through some Asian recipes to find a dish or two that will use galangal and stimulate the taste buds. Alternatively buy some and try thin slices in a range of soups, curries and home-made sauces.