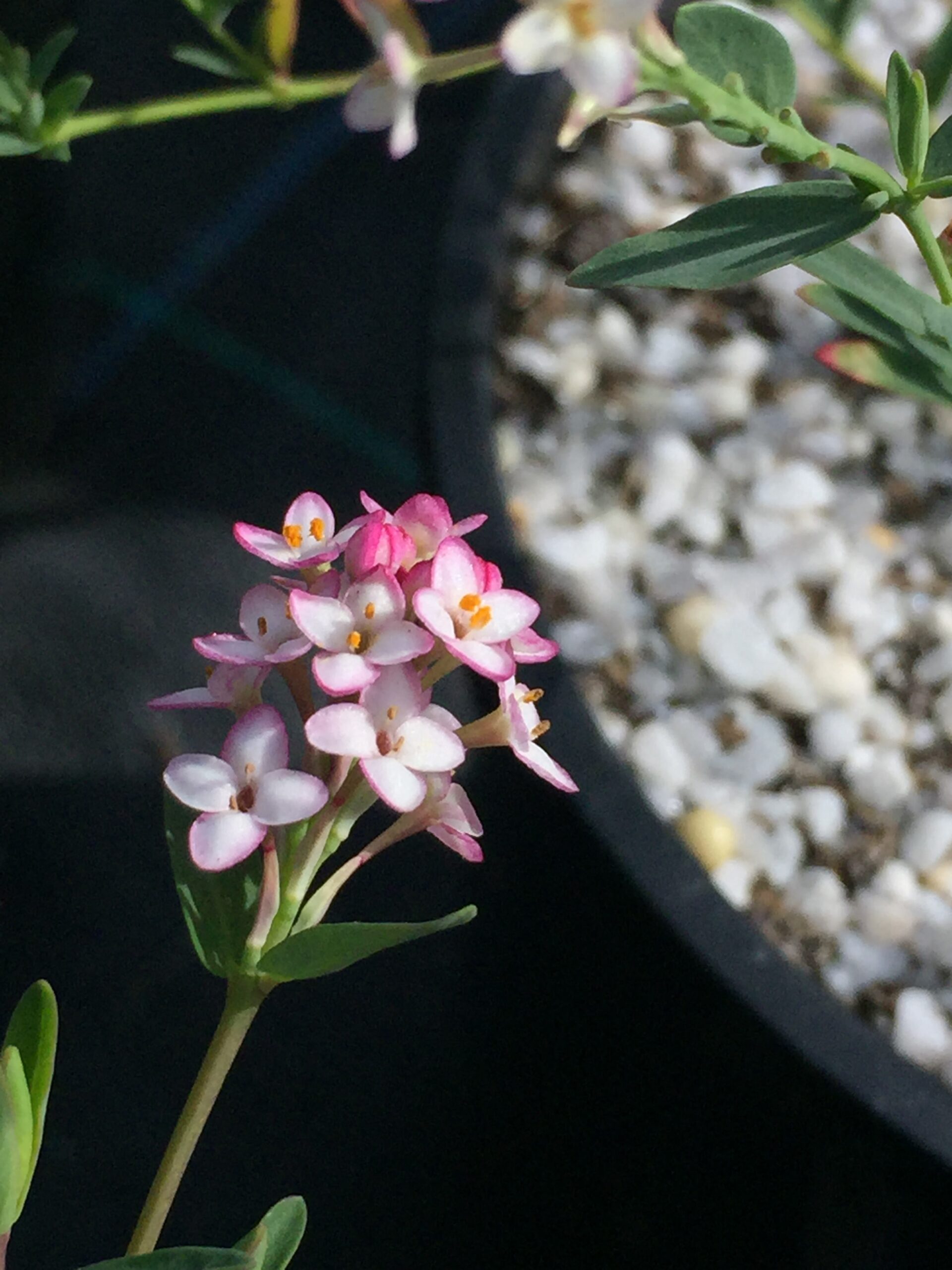 The Australian Botanic Garden Mount Annan (ABGMA) is home to some impressive facilities including the recently relocated National Herbarium of NSW and the PlantBank, our state-of the art seed storage facility. Behind these special buildings lies a humbler but just as important set of structures, the nursery, where horticulture meets science. The challenge is complex, propagating a plant that doesn’t follow the rule book and doesn’t care about the science!.

Saving threatened species is something we do more frequently than we’ve ever had to in the past. Agricultural and more recently, urban development across Western Sydney has had a big impact on the local flora since European arrival. In an ideal world there would not be any species to save, but this is unfortunately not the case. Here at ABGMA, the nursery team are often called in to take cuttings of listed species to help build population numbers to be reintroduced sometimes several years into the future.

In the past, this process was purely the realm of the plantsperson, drawing on years of experience to get the species through propagation. You knew which stock plants were good for cuttings, what should be grown from seed, what techniques delivered the best results and what your strike rate was going to be. It was a relationship between you and the plant. A mutual respect formed when a plant refused to strike despite many attempts, confirmation that there was more to learn and that we didn’t understand it all. Science has now given the grower a different challenge – affordable genetic testing. It has changed this relationship by giving us the ability to understand an individual plant’s value. Genetic information now allows us to maximise genetic diversity, but not through seed, through cutting-grown clonal collections. It’s health and vigour has become secondary to its genetics. Plants are selected based on what can’t be seen by the naked eye. The ability to move on from a poor performing plant is no longer an option when that plant is now known to be significant. But how much time and resources do you invest in a plant that doesn’t want to strike?

In 2018 the ABGMA nursery team collected and propagated Pimelea spicata, a threatened species. ABGMA botanists and scientists had extensively sampled, accessioned, and tagged the Pimelea spicata populations, and the genomic data was used to identify the number of genotypes that would be targeted for propagation.

Severe summer drought conditions across western Sydney were a major impediment to the harvest of suitable cutting propagation material for the project. As a drought response, the Pimelea spicata population had limited above ground vegetative material and individual plants were reduced to the underground lignotuber. Many site visits were made over several months, but only a small amount of above ground foliage was observed, and plant material was drought stressed and unsuitable for cutting propagation. Propagation of target genotypes had to be postponed until we had received substantial rain. It was not until March 2020, following rain, that a collection was able to be made, despite the material being soft.

It took a team of four horticulturists to take cuttings in the field across all 49 accessions. Over 1700 cuttings were taken, returned to the ABGMA nursery and various treatments were trialled. They sat on heated benches in the glasshouse for many months and were slow to strike. We were only successful in growing 449 plants, a strike rate of about 27%. We were learning that this is not a straightforward species. We were fortunate to have funding to allow ongoing site visits and collections, and it has taken us several years to produce a stable potted collection. We did learn that certain accessions would never succeed in propagation, despite best efforts, and it was back to run some more algorithms for the science team. We learnt that genetic testing is a valuable tool to help us target the best genotypes in a population, but in the end, we are still working with what nature has given us and all its mysteries.