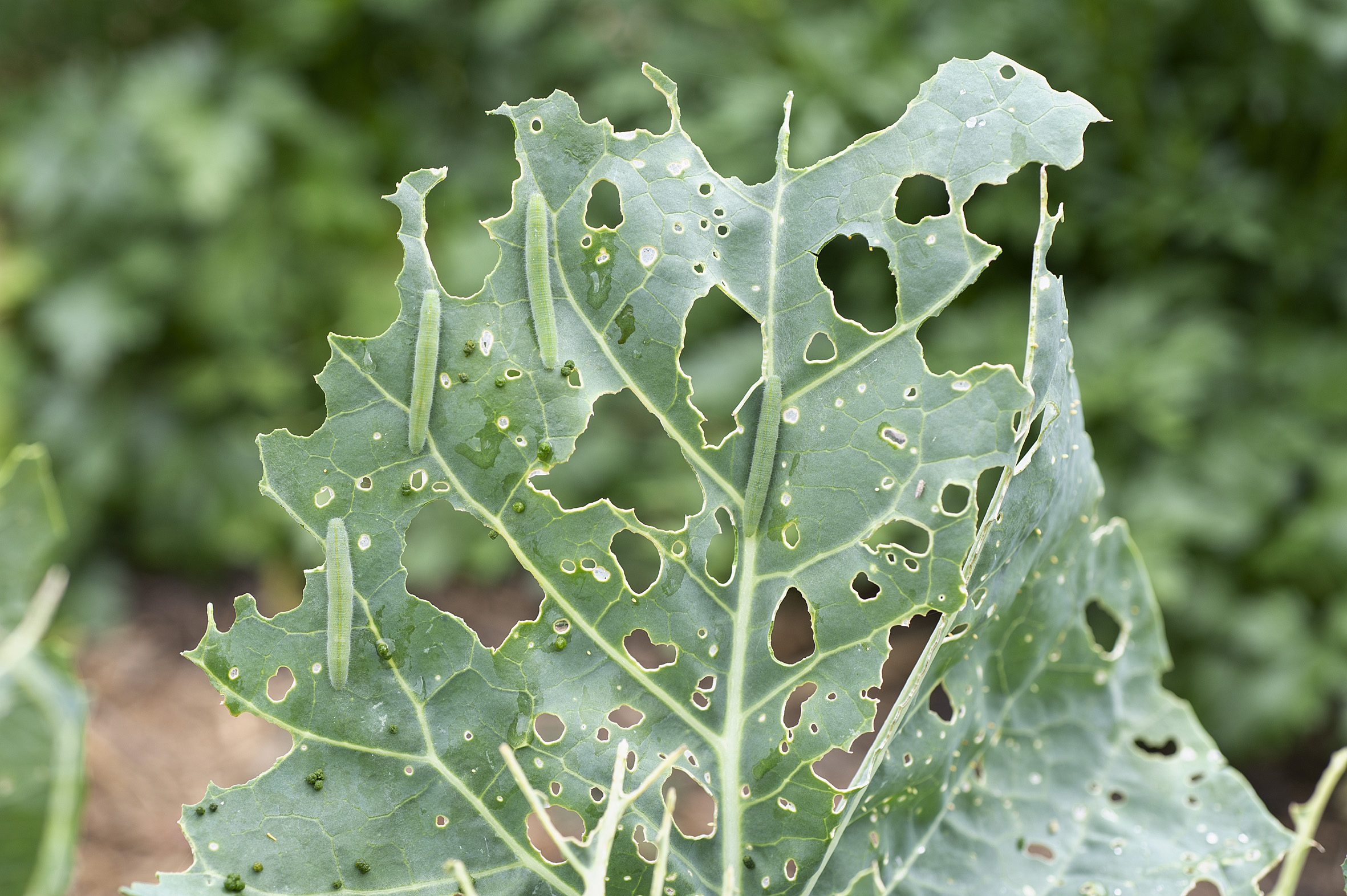 The populations of some insects can vary dramatically in size from one year to the next. Why does that happen?

Once eggs are laid and hatch into larvae, mayhem can ensue. If cabbage white butterfly larvae are in large numbers, brassica plants can be eaten to the ground. With large numbers of egg-laying butterflies around this summer we need to protect our plants. The best way to protect plants is to prevent female butterflies laying eggs on the plants. The best way to do that is to net plants.

Back in May 2018, I wrote a Pest Files article titled Nullius in verba. The article outlined my attempts to bust a persistent myth about cabbage white butterflies being territorial. Apparently if you place white plastic butterfly mimics amongst brassica plants, that will deter female cabbage white butterflies from laying their eggs on those plants.

An article published by the entomological Society of America in 2018 should have busted that myth forever. A team of scientists searched the scientific literature for any evidence of territoriality amongst cabbage white butterflies. They found no evidence. The team then set up a trial in two locations in plots of cabbages. Some plants had white plastic butterfly mimics deployed near them, some had white flags, and some plants were controls (i.e., they had no item near them). When the team counted eggs and larvae, there was no difference between plants with or without items near them. Myth busted.

Unfortunately, this myth is still circulating on social media. A feature of social media is that posts are rarely corrected or taken down voluntarily. The white plastic butterfly myth has spawned an even more bizarre theory that suggests scattering egg shells around the garden is a good idea. Apparently cabbage white butterflies will get confused and lay their eggs on the egg shells. But aren’t the butterflies supposed to be territorial? Why then would the butterflies lay their eggs on something that is white?

A couple of recent posts on my ‘one minute bugs’ YouTube channel have been about cabbage white butterflies, those myths, and how to deploy nets to protect plants. While setting up for a video shoot, I saw a female cabbage white butterfly land on a white plastic butterfly so she could lay an egg on the brassica leaf beside it. If that sentence doesn’t kill off the white plastic butterfly myth nothing will! Rant over.

While researching material on boom and bust cycles of insects, I came across a fabulous quote from University of Calgary biologist, Edward McCauley. ‘The natural world behaves a lot like the stock market, with periods of relative stability interspersed with dramatic swings in population size and competition between individuals and species.’

There are several factors which can influence boom and bust cycles, but in the case of cabbage white butterflies it was increased rainfall. Locusts are another group of insects whose populations are greatly influenced by rainfall. I have previously written about how a couple of years ago, exceptionally wet weather in eastern Africa and the Arabian Peninsula stimulated rapid growth of vegetation, which triggered huge swarms of desert locusts (Schistocerca gregaria).

In December 2021, there were several reports in the Australian media talking about how La Niña may result in a swarm of the Australian plague locust (Chortoicetes terminifera). Fortunately, the January Bulletin from the Australian Plague Locust Commission stated: “The outlook for the remainder of summer and early autumn is for a moderate increase in the overall population level, with medium to high densities persisting in the NSW Riverina district and adjacent areas. Low densities with limited localised medium to high densities are likely in other parts of inland eastern Australia”.

I guess the take-home message here is that unusually high rainfall may or may not result in a population explosion of certain insects. Professor Ary Hoffmann of the University of Melbourne said in December 2021, “After a spring like we’ve had, you get a lot of plant growth, and so there’s a potential for insects that eat plants to explode.”

I guess we should keep an eye on our plants and protect them in ways that work.