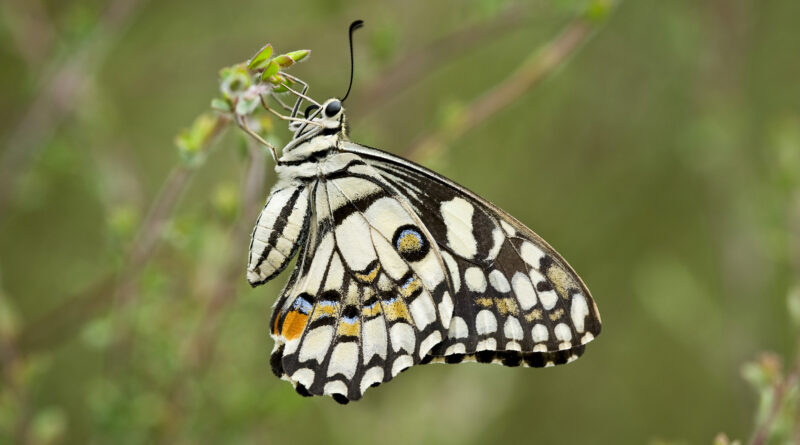 Biodiversity in gardens means growing a variety of plants, which are likely to attract a variety of insects. That might sound alarming to some, but it’s actually a good thing.

Biodiversity can be a bit of a buzzword, but the way I look at it, is insects are the foundation of biodiversity. I have written on many occasions that insects are the most diverse organisms on the planet. In other words, there are more of them (in terms of the number of species) than any other living thing. The rule of thumb is that more than half of the species on earth, of all living organisms, are species of insects.

What happens to the balance between pests and good bugs if insect diversity increases in urban, horticultural, and agricultural landscapes? Surely there will be an overall increase in pest insects? The science is in on that one. A paper (Bianchi et al. 2006) which analysed various studies across Western Europe and North America, showed that natural enemy populations were higher and pest pressure lower in complex landscapes versus simple landscapes. No surprise there really because ‘simple landscapes’ i.e., monoculture, is the opposite of diverse. The paper concluded ‘diversified landscapes hold most potential for the conservation of biodiversity and sustaining the pest control function’.

In his book A Sting in the Tail (2014), entomologist Dave Goulson wrote, “We need worms to create soil; flies and beetles and fungi to break down dung; ladybirds and hoverflies to eat greenflies (aphids); bees and butterflies to pollinate plants to provide food, oxygen, fuel and medicines, and hold the soil together; and bacteria to help plants fix nitrogen and . . .”

As I write this there is a debate raging online, prompted by an article in The Guardian written by Jane Hill, a professor of ecology at the University of York and president-elect of the Royal Entomological Society. Her article How worried should we really be about ‘insectageddon’? laid out the concern about insect decline, but also cautioned “against the increasingly common hyperbole of impending doom”.

Some readers seemed to misread the article and assumed that Professor Hill was suggesting that there was no decline in insects. On the contrary, she listed several studies which indicated an alarming decline of some insects. However, she did point out “variability of insect populations means we need gold-standard data to distinguish between long-term trends and normal year-to-year variation”. That seems to be me to be quite reasonable, but once again some readers assumed she was trying to gloss over the seriousness of insect decline.

What stood out to me in reader comments to the article was concern, in other words people were very concerned about the decline of insects, and they wanted something done about it. This is something that I have noticed over the last couple of years in comments to my posts on social media. It probably comes as no surprise to you that I am delighted by this increased interest in insects.

Climate change, intensive agriculture, and habitat loss are some of the drivers of insect decline. As individuals, we can’t do very much about most of these but biodiversity we can address, albeit in a small way, and in my view the horticultural industry can make a difference. Habitat planting, pollinator gardens, and gardening for good bugs are all very popular concepts, and they all require plants.

Some of my public speaking covers the subject of how to increase insect diversity in the garden. I always suggest planting a mixture of annuals and perennials, natives and exotic plants, trees, shrubs, groundcovers and tussock grasses. All these plants will harbour insects of some kind. Some of those insects will be herbivores, i.e., they will feed on the plants, but those herbivorous insects will attract the predators and parasites. Growing a variety of flowering plants is essential for the parasitic wasps, because the female wasps require a feed of nectar. I find that the best performers are plants which produce masses of small nectar-bearing flowers. I am a massive fan of native plants such as Thryptomene.

Why does any of this matter? Insects underpin most of the terrestrial ecosystems on earth, so increasing insect biodiversity, even if it is only in gardens and other horticultural landscapes, is a good thing. Studies have proven, including the one that I’ve cited here, that an increase in insect diversity doesn’t necessarily mean an increase in the number of pest insects. Tell ‘em to get planting!