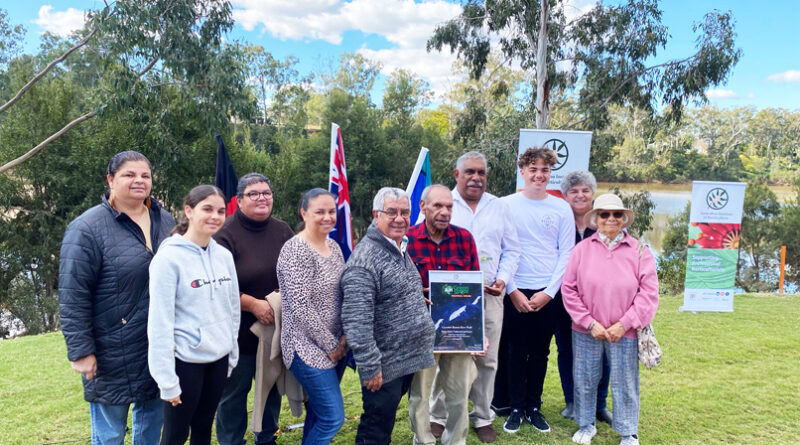 The Australian Institute of Horticulture (AIH) and its members are practitioners of horticulture across a wide range of disciplines, the majority of which are related in most ways to the improvement of healthy living.

‘Green Space’ as a development, renovation or its preservation, can take many forms especially as urbanisation becomes more acute. This is obvious in larger cities, but is also an ambition of regional, country and outback towns and is open to all nominees as individuals, corporations, groups, cities and towns and products that satisfy the judging criteria.

Projects that identify significant benefits such as reducing heat, providing shade, shelter or habitat, or improving individual and community health values and well-being whilst having great visual appeal and amenity use, are eligible. These may involve urban forestry and habitat, vertical and roof greening, tree and landscapes and other green related civic or urban projects.

This strict criterion ensured that in 2020, the small country town of Gayndah in the North Burnett region (Queensland) won the AIH Green Space Regional award for their beautifully designed river walk open space.

The Gayndah Burnett Riverwalk was a community project to both connect the people to the river, along with easy and safe access to enjoy the river from a different perspective, all while promoting a healthy lifestyle. There was also the requirement to protect the biodiversity of this region, including the protection of the Queensland Lungfish (Neoceratodus) as well as local plant species. This protection of these plant species, endemic to the area, has allowed this project to include Bush Foods and Bush Medicine gardens to educate park users of the various uses of these plants.

This project has been deeply embedded in, and been helped in its implementation, by the local community for over two decades, but it was the local indigenous group, the Wakka Wakka, who worked tirelessly in the background to ensure the site was inspected for artefacts, and that specific knowledge was shared with the design team to ensure plant knowledge was understood. AIH presented this award to Eric Sturgess, from Gayndah Council, and AIH member David Hawthorne from Arboractive, last year and since then the council have celebrated this award within their community for the outstanding work completed. AIH also felt the traditional landowners deserved to be recognised for their contribution to the project and also as traditional custodians of the land that this project was now built on.

This year’s NAIDOC week theme is Get Up! Stand Up! Show Up! and a big part of this is about creating systemic change, particularly in seeking proper environmental, cultural and heritage protections.

The event held in July this year, attended by AIH council and AIH Ambassador Clarence Slockee, spoke to the community about the importance of acknowledging our traditional landowners, along with discussions about the importance of sharing of information such as traditional methods of land care, uses of plants for both medicinal and food purposes and the care of the management of plants for the promotion of biodiversity.

Uncle Eddy, a respected elder, and James MiMi, the official spokesperson, both of the Wakka Wakka people, spoke to the community about times spent along the Burnett River and the lands that occupied this region. The use of bush foods featured heavily during our presentation and during the guided walk which further strengthened why AIH chose to present the Wakka Wakka with this prestigious award.

After speaking, Uncle Eddy noted that the river is a happy and clean place, and he was enjoying seeing this space now used by the locals and their families just like he and his family had done over the last 70 years. Uncle Eddy then went on to talk about the use of this space for recreation and food gathering. Much of the food gathering now is being displayed in a well-manicured garden, one that Uncle Eddy noted wasn’t like this or this easy to obtain food from when he was a kid.

The event hosted by the AIH council, and the North Burnett Council gave many opportunities for the public and the invited guests to walk through the open space and taste the many bush foods growing along the banks of the river.

Clarence Slockee noted that these open spaces are so important as an education tool where children can learn about their surrounds. The learning extends to the safety and the enjoyment of the river along with the knowledge that this special place was a landscape rich in bush foods and a social location for so many Indigenous and non-indigenous people growing up.

This special event was not just about the presentation of awards. It was about recognition of a First Nations community that once used this land and in modern times have witnessed their sacred lands turn into urbanised suburbs. The event recognised this open space along with the people that assisted with the modern design and makeover of this once valued space.

The relationship between Aboriginal and Torres Strait Islander peoples and non‑Indigenous Australians needs to be based on justice, equity and the proper recognition of Aboriginal and Torres Strait Islander peoples’ rights. As a national body and industry leader, AIH believes it is our social responsibly to ensure significant events such as this Native Title declaration are acknowledged along with the celebration of such a unique and highly significant open space.

Top image: Presentation of the Green Space Award to the family members of the Wakka Wakka people (Image: Alan Burnell)