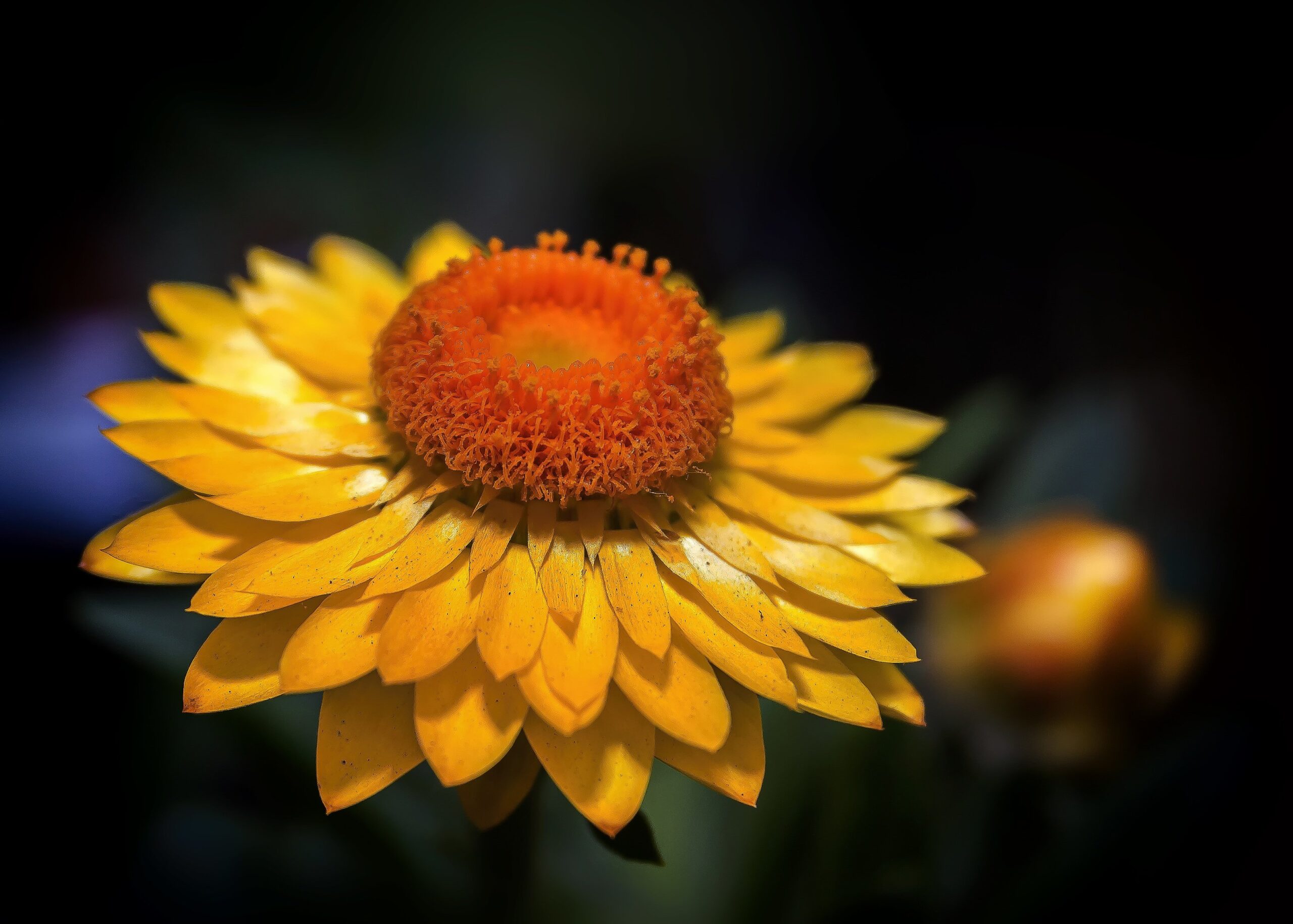 I have written about a number of herbs over the years, some of which have a narrow range and only a few species. These include lavender and rosemary (now salvia) which come from the countries on the northern side of the Mediterranean. They suit our climate as they prefer hot dry summers and cold wet winters. Several other herbs from that region include sage, oregano, and thyme. All are dry climate-loving, aromatic herbs that produce pungent essential oils and have been used in perfumery and aromatherapy for centuries.

Another plant from that region, which has a long history of cultivation and uses for its oil is not so widely used in the kitchen, even though it has a strong and pleasant fragrance. The plant is Helichrysum italicum (Syn: Helichrysum angustifolium) or Curry Plant.  It is grown across the world as an attractive garden plant and is popular due to its strong curry-like flavour and dainty yellow flowers. The small yellow flowers appear in late spring/summer and are semi-dried to make excellent potpourri or dried posies.

The curry-like fragrance is extremely strong and most people are surprised to find that it has no relation to the herbs used in traditional curries. It can’t be used to replace the flavour in cooking, although it will add a mild tang to a salad or dressing. It smells like the curry tree but it is not related.

It is a small compact shrub with pretty silver foliage and yellow daisy-like flowers. It grows to around 60cm x 40cm and likes full sun with a dry summer and cool wet winter. It copes with moderate frosts and even light snow. It copes quite well with strong winds but doesn’t respond well to strong maritime winds. It is well suited to poor alkaline soils in a sunny position. It is a great plant for borders in a large herb garden as it hedges well, is not too tall, and doesn’t drag water and nutrients from the other plants in garden beds.

Like any pungent ancient herb, it has had many medicinal uses over the centuries. It is currently used as an aromatic tea, to add a bitter tang to salads and cool drinks, and to add fragrance to fish dishes (used after cooking only). It is said to be good for digestion and disorders of organs such as the stomach, liver, and gall bladder. It is also used as an anti-inflammatory, antiseptic, and as an aid to heal wounds. None of these uses have been scientifically proven but are considered to have some degree of validity. There are plenty of websites and herbal references that still suggest it can be used with some success.

c) When used on the skin, it makes the skin ‘immortal’ by preventing aging

The latter is possibly why it is so popular in skin creams that sell for such high prices (most airports have a L’Occitane shop that sells creams made from lavender, rosemary, and Immortelle). At a minimum, it helps control acne and skin blemishes. If you listen to the rhetoric, it prevents aging, removes wrinkles, cures skin disorders, and gives eternal life. Personally, I think the only way to stop the skin from aging is to die – but I am a mere male. The flowers and foliage can be distilled to produce the oil but the best quality comes from the flowers. The yield is around 0.1% or 1 kilogram per tonne of flowers, and it will take at least a hectare to produce that many flowers. This is probably why it sells for around $3000 per litre. So, next time you are brushing past a plant and have a whiff of the delightful curry aroma, just think you could be using it for eternal skin – or making some money!