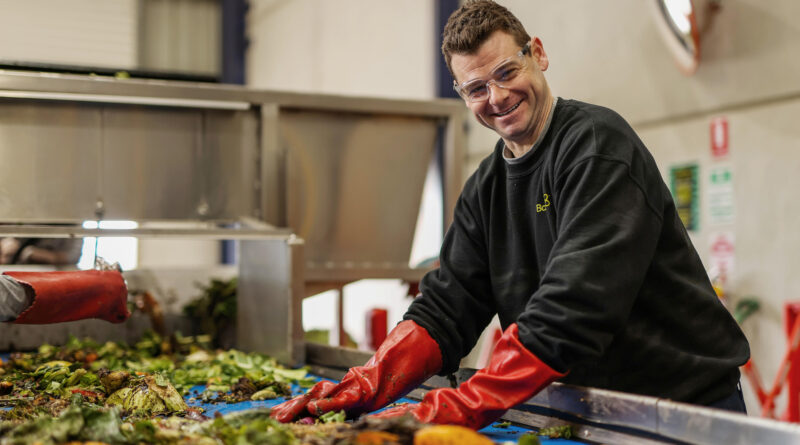 Melbourne-based Bardee, founded in 2019 by ex-architect Phoebe Gardner, and entomologist Alex Arnold, along with their team of entomologists, technicians, operators and leaders have created a world-first vertical farming system that prevents food waste turning into methane and recycles the nutrients back into the food system using insects.

To serve global demand, food production needs to double by 2050, but today’s agriculture and food systems are driving biodiversity collapse and climate change. Roughly one-third of all food produced for human consumption each year is wasted, with much of it ending up in landfill where it breaks down into methane, a greenhouse gas thirty times more potent than CO2.

“Insects are nature’s most powerful upcyclers and are the missing link to reshape our food system,” said Bardee CEO Phoebe Gardner. “Bardee produces proteins, fats, and fertilisers from food waste with insects and uses no additional water, hormones, or additives to replace unsustainable food sources being shipped across the globe. Bardee’s technology has the potential to play a pivotal role in the transition to a sustainable circular economy where we avoid the devastating impacts of climate change.”

Insect-obsessed and solutions-focused, they have gone from chopping discarded tuna heads in a University of Melbourne parking space to feed insects, to the largest insect breeding facility in Australia, a 2,500m2 solar-powered pilot facility called Moonbase, capable of processing 3,000 tonnes of food waste per year, offsetting 50 tonnes of carbon emissions per day.

Bardee collects food waste from restaurants, cafés and other commercial facilities, overwise destined for landfill which is processed into an optimised feed for black soldier fly larvae (BSFL). Black Soldier Flies are the most efficient waste recyclers in the insect world. Their larvae can consume twice their weight in food each day, growing 3000 times in size and producing 1.5 times their weight in frass in less than seven days, during which time 100% of the food waste is consumed by the larvae.

Bardee’s technology ensures that only CO2, ammonia and water evaporation from heat and respiration are produced, and methane emissions are prevented. The frass (insect manure) is refined into a high-quality, organic certified fertiliser, packed with microbes and chitin, with twice the plant nutrients as best-practice compost, and two hundred times more beneficial microbes. Every tonne of food waste produces 350kg of nutrient-rich organic Superfly fertiliser and every kilogram of fertiliser offsets 5kg of CO2. The larvae themselves are a nutritious and sustainable protein source for animal feed.

BSFL frass is a well-known, broad-spectrum tool for the organic gardener, containing natural chemicals and beneficial microorganisms, and nutritionally beneficial minerals such as magnesium, calcium, nitrogen amongst others. Frass encourages strong growth and helps plant defense against powdery mildew, blight, fungus gnats and molds, as well as insect assaults including root destroying nematodes.

Superfly, Bardee’s flagship fertiliser product, is produced from 100% BSFL frass. It was awarded certified organic status in 2021 as an input for organic products and for use in gardening. Superfly’s NPK is 3.5 : 1.9 : 2.1 providing balanced nutrition with quick and slow-release nutrients, and is a rich source of natural chitin, which comes from the insect exoskeletons.

The presence of insect chitin triggers the activation of natural plant defences to grow thicker stalks and stems, and to produce natural toxins which deter insects that feed on sap and leaves. Superfly boasts 240 million colony-forming microbes per gram, promoting healthy, well-structured soil and increased biodiversity, and contains 10+ trace elements to support and accelerate plant growth.